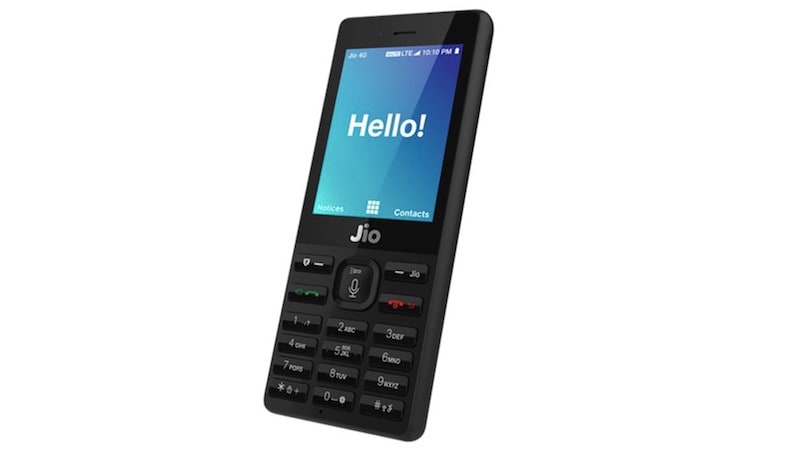 Reliance Jio launched its Jio Phone on Friday and while the company announced some features of the handset during the presentation itself, it also left some parts unannounced. Now, Qualcomm India has announced that the company has partnered with Mukesh Ambani-led company to power the Jio Phone. Separately, Spreadtrum has also announced that some of the units of Jio Phone will be powered by its chips.

In a tweet posted on Friday, Qualcomm India said, "Glad to partner with @reliancejio on the new #JioPhone, powered by our #205 mobile platform." To recall, the mobile chip-maker launched its Qualcomm 205 processor back in March and clearly expressed that it was targeted towards feature phones, and comes with LTE support - including 4G VoLTE.

The Qualcomm 205 powering the Jio Phone comes with dual-core CPU clocked at 1.1GHz and support LTE Cat. 4 modem with up to 150Mbps download and 50Mbps upload speeds. At the time of its launch, we reported that it is designed to support micro-enterprises, consumers, and others, to communicate using advanced LTE data services such as Voice over LTE (VoLTE) and Voice over Wi-Fi (VoWi-Fi) in a budget-friendly manner.

Separately, Spreadtrum has announced that it has also partnered with Reliance Jio for the Jio Phone, indicating that some of the units of the phone will be powered by its chips. Previously, the company's Spreadtrum SP9820A processor powered the Lava 4G Connect M1 feature phone, but it's not clear if that's the chip inside the JioPhone as well.

In terms of specifications that were confirmed at the launch last week, we know that the JioPhone will come with an alphanumeric keypad, 2.4-inch display with QVGA display, microSD card slot, torchlight, FM radio. The phone features a digital voice assistant, support for 22 Indian languages, and a panic button as well.