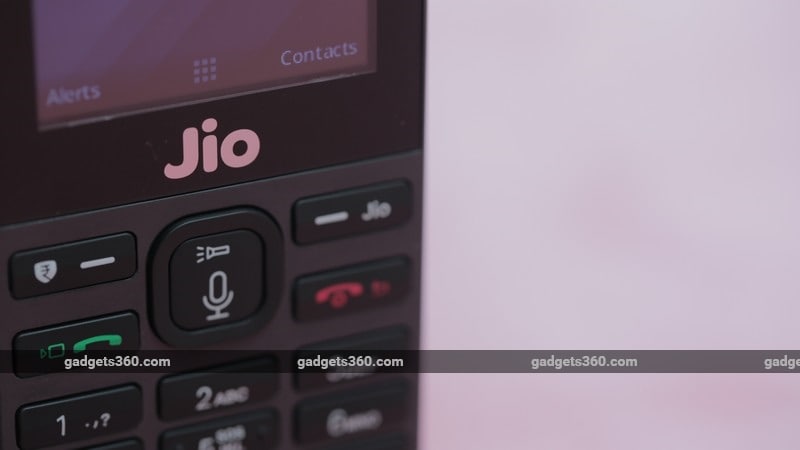 Jio Phone buyers who are yet to receive their unit will receive the handset by Diwali, according to a new report. The Jio Phone delivery in metro cities started on Saturday, and is expected to be completed by Diwali, October 19, says a new PTI report citing a Reliance Retail channel partner. The news agency had previously reported that the handset is being shipped first in rural areas and Tier-2 cities, and after that in metros. There's good news for those were unable to book the handset in the first phase too, as the operator will take Jio Phone pre-bookings once again after Diwali.

According to the report, Jio is likely to take orders for its 4G feature phone between October-end and November first week. However, there is no concrete date yet. On the official website, the company only says “We will inform you when [Jio Phone] pre-booking resumes.” Also on Diwali, Jio will launch its revised tariff plans.

About 6 million Jio Phone units were booked in a day and a half when the company opened bookings of the 4G feature phone for the public on August 24 in the first phase. Reliance Industries Chairman and Managing Director Mukesh Ambani had announced that the 4G phone will be "effectively free" for users, but to prevent isuse of the scheme Jio Phone buyers will need to pay one-time fully refundable deposit of Rs. 1,500.

The entire money will be refunded to customer after usage of the phone for 36 months. However, there are several conditions applicable to get the Jio Phone refund. These include spending at least Rs. 1,500 on recharges every year and actively using the handset. If the conditions are not met, it can ask the consumer to return the phone, forfeit the refund, and levy the applicable taxeUnder the conditions set by Jio for the users, handset buyers can get refund of Rs. 500 if they return the device in the first year, provided they have made recharge of Rs. 1,500 during the year. Similarly, on return of the phone in the second year, the customer will get refund of Rs 1,000 and in the third year entire amount of Rs 1,500 will be refunded.

Reliance Retail started delivery of Jio Phones in small towns from Navratri festival. "The shipments started in metro cities from Saturday. The target is to complete all shipments around Diwali," the channel partner said.