iQoo 3 teaser shows a metallic frame and what looks like a flat display panel. 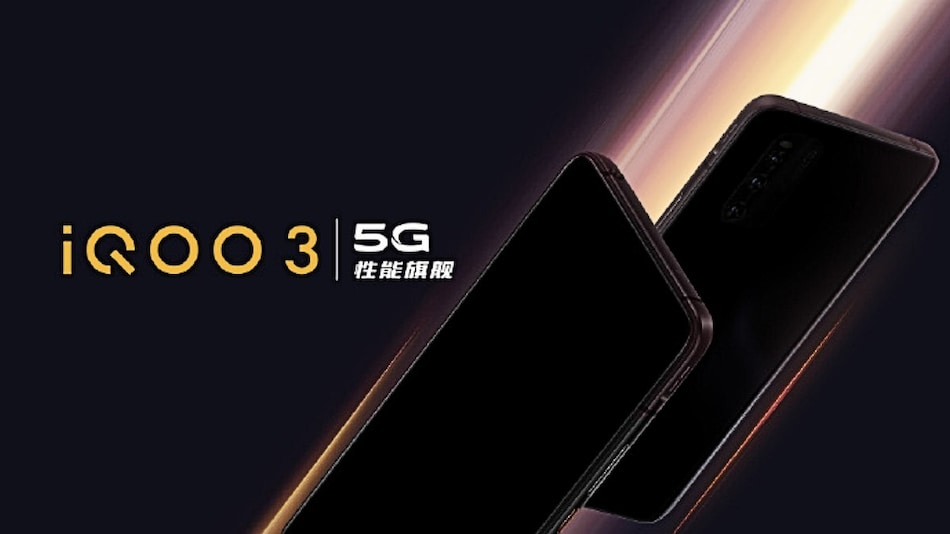 iQoo 3 5G flagship phone is tipped to launch in India later this month, packing top-tier specifications and liquid cooling technology. After being spotted on TENAA and being confirmed to pack UFS 3.1 storage, the Vivo subsidiary has shared more details about the upcoming phone. A new official teaser for the iQoo 3 reveals a quad rear camera setup with a 48-megapixel primary shooter. Moreover, the phone has also been spotted on Geekbench packing an impressive 12GB of RAM and running Android 10 on the software side.

The official Vivo Weibo account has shared a new teaser for the iQoo 3 phone. The image shows a quad rear camera setup, and on slightly adjusting the DPI and brightness, one can read ‘48 megapixel' written beside one of the sensors. However, as per the phone's TENAA listing, it will feature a 64-megapixel main camera, accompanied by a pair of 13-megapixel snappers and a 2-megapixel sensor. So, it is likely we might see multiple variants of the phone, including a Pro model, with different camera setups. The phone is also tipped to come equipped with a 16-megapixel selfie camera.

Coming back to the teaser, it also shows a metallic frame and what looks like a flat panel, contrary to the curved display with a hole punch that we recently saw in an alleged set of leaked iQoo 3 live images.

Separately, a Vivo phone carrying the model number V1955A - most likely the iQoo 3 – has been spotted on Geekbench. The Geekbench listing reveals 12GB of RAM while the motherboard field says ‘kona', which is the internal codename of the Snapdragon 865 SoC. The alleged Vivo iQoo 3 was listed on the benchmarking platform running Android 10, most likely with a custom skin on top. iQoo is yet to confirm an official launch date for the iQoo 3 flagship phone, but as per a previous report, it will go official later this month.