iQoo India Director Gagan Arora has confirmed that the iQoo 3 will be powered by the Snapdragon 865 SoC.

iQoo 3 is all set to launch in India on February 25, and the company has already confirmed a few details about the device through teasers. The phone is teased to sport a quad camera setup with a 48-megapixel primary camera, and integrate an AI eye tracking technology as well. Now, fresh leaks hint at price, specifications, and design details of the upcoming iQoo 3. iQoo India Director Gagan Arora has also separately confirmed that the phone will be powered by Snapdragon 865 SoC.

Arora took to Twitter to confirm that the iQoo 3 will be powered by the Snapdragon 865 SoC. He also mentioned that both 4G and 5G models of the iQoo 3 will be released. The company is also teasing ‘monster touch buttons' on the side panel for gaming, an Ultra Game Mode, and a new 180Hz touch response rate.

Furthermore, multiple photos of the iQoo 3 have surfaced on Weibo. These photos seem to be taken at a private event, and they reveals the design of the phone from the front and back. It can also be seen that the phone will be launched in Volcano Orange, Tornado Black, and Quantum Silver colour options. The quad cameras reside at the back, while there's a hole-punch display up front with the selfie camera cut out placed on the top right of the screen.

The key specifications of the iQoo 3 can also be seen in one of the photo, and the phone is listed to sport a ‘Polar View Display' with a Super AMOLED panel. It is also mentioned to pack LPDDR5 RAM, and UFS 3.1 storage. There's going to be a 4,400mAh battery with 55W Super Flash Charge, and a HiFi AK4377A PA amplifier as well.

Lastly, the Volcano Orange colour option of the phone has popped up in separate renders, and it is seen that the orange matte back panel finish will be covered by black dots all over the surface. These renders also reveal a 3.5mm audio jack on top, and orange-coloured power button on the side. The renders can be seen below. 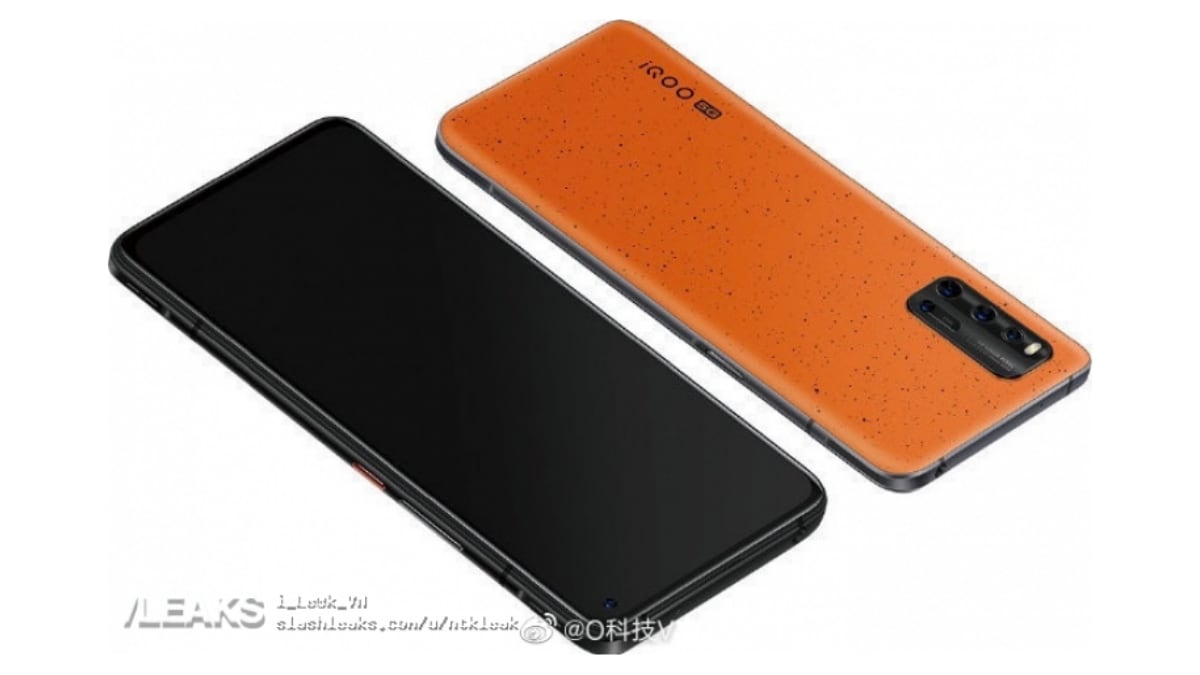 As mentioned, iQoo 3 will be unveiled on February 25. The company is hosting events in China as well as India to launch the phone.

Further reading: iQoo 3, iQoo 3 Price in India, iQoo 3 Specifications, iQoo 3 Renders, iQoo 3 Design, iQoo 3 Colour Options, iQoo
Tasneem Akolawala Email Tasneem
Tasneem Akolawala is a Senior Reporter for Gadgets 360. Her reporting expertise encompasses smartphones, wearables, apps, social media, and the overall tech industry. She reports out of Mumbai, and also writes about the ups and downs in the Indian telecom sector. Tasneem can be reached on Twitter at @MuteRiot, and leads, tips, and releases can be sent to tasneema@ndtv.com. More
US Urges EU to Use 5G by Ericsson, Nokia, Samsung
Scientists Announce 'Breakthrough' Atomic Map of Coronavirus