iQoo 3 With Snapdragon 865 SoC Coming to India Soon, Flipkart and iQoo.com to Carry the Smartphone

iQoo 3 is touted to debut with an “enhanced” camera and “long-lasting” battery. 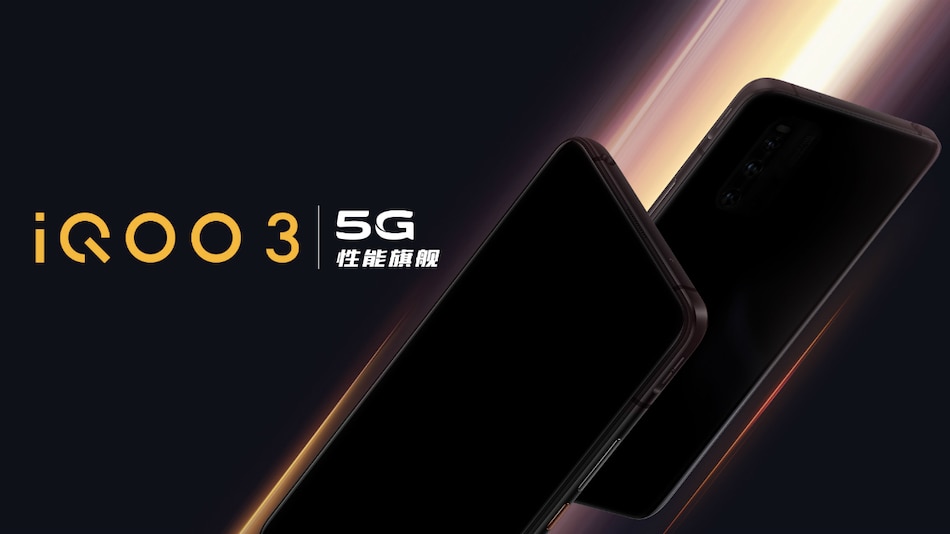 iQoo 3 is set to launch in India soon, the brand revealed in a press note on Thursday. The brand, which had announced its arrival in the country last month, has also revealed the name of the phone. Additionally, it mentioned that the iQoo 3 would be available for purchase in the Indian market through Flipkart and the dedicated iQoo website later this month. The iQoo 3 is also scheduled to arrive in China on February 25. The smartphone is projected as a premium offering to compete with the flagships of OnePlus, Huawei, and Xiaomi. The India launch date of the iQoo 3 is unclear at the moment.

Touted to debut with a distinct proposition in the premium smartphone segment, the iQoo 3 will come with the Qualcomm Snapdragon 865 SoC, the brand said in a press statement. The smartphone is also touted to feature an “enhanced” camera and “long-lasting” battery life as well as deliver an “unmatched” gaming experience.

Apart from the jargon, iQoo hasn't provided any details around the new smartphone. Some recent teasers posted on Weibo, however, revealed that the iQoo 3 will sport a quad rear camera setup with a 48-megapixel primary sensor and include UFS 3.1 storage.

Purported live images of the iQoo 3 also suggested a hole-punch display design along with an in-display fingerprint sensor. Further, the smartphone is likely to have as much as up to 12GB of RAM and could come with 55W fast charging support.

“The brand new iQoo 3 is built to satisfy the high-performance requirements of technology-savvy consumers and we truly believe that this will elevate the user's smartphone experience,” said Aditya Soni - Senior Director, Mobiles at Flipkart, while highlighting the partnership with iQoo in the joint statement.

Additionally, Flipkart is teasing iQoo 3 through a couple of microsites. Both microsites highlighted performance-focussed features of the new smartphone alongside specifying February 17 as a date for some kind of revelation.

Last month, iQoo announced its debut in India with the 5G flagship that will emerge as the iQoo 3. iQoo India Director - Marketing Gagan Arora in a conversation with Gadgets 360 had said that the first smartphone model by the company would run Android 10 out-of-the-box -- with a localised interface on top.

iQoo initially entered the smartphone market as a sub-brand of Vivo last year. However, the India part of the brand doesn't want to be associated with the Chinese company and is set up as a separate legal entity in the country. The brand would leverage Vivo's manufacturing facility, though.

India launch of the iQoo 3 is expected to take place after the phone debuts in China on February 25. The company revealed the China launch schedule through a teaser recently posted on Weibo.