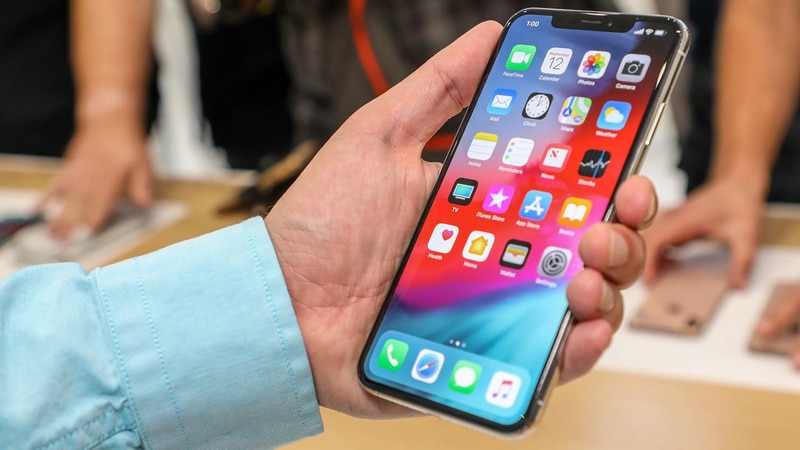 The trillion-dollar company introduced three large-screened iPhones at its annual fall product event, hosted at its headquarters in Cupertino, California. The record-setting price of the largest phone - starting at $1,099 (roughly Rs. 80,000) - is key to Apple's strategy as smartphone sales growth stalls.

The newest smartphones are called the iPhone XS, iPhone XS Max, and the iPhone XR. All have the same basic design as last year's iPhone X, with fronts that are nearly all-screen - with the exception of a notch cut out from the top to house a front-facing camera - and lack a home button. The phones announced Wednesday are, collectively, the largest and most expensive iPhone lineup Apple has ever announced.

Apple has had a financially successful year, becoming the first publicly traded US company to hit a trillion-dollar valuation. Apple chief executive Tim Cook said Wednesday that the company is about to sell its 2 billionth iOS device. It marked the second time that the company has launched new iPhones from the Steve Jobs Theater, named for Apple's late co-founder and chief executive.

But the tech giant has had to adjust its strategy to keep revenue and profit growing. Fewer people are rushing out to snap up new premium smartphones each year, opting instead to hold on to their phones for longer. That has slowed down growth for many smartphones, including the iPhone, and Apple has moved to offset slowing sales growth with higher-priced phones.

Apple's main competitor in smartphones, Samsung, has also tried this strategy by setting the price for its Galaxy Note line in the $900s. But it hasn't worked as well for Samsung as it has for Apple, which sold the iPhone X last year for $999.

The iPhone X is the top-selling new phone in the world, Cook said Wednesday. But the world's most-used iPhone right now is still the two-year-old iPhone 7, according to data analytics firm Mixpanel, and more people have the iPhone 6S than the iPhone X.

That leaves a lot of potential for upgrades. But the new lineup of phones has few technological advances over last year's models, which introduced the all-screen display for the first time. Apple has typically operated an on-and-off-year cycle.

The iPhone XS will be the same price ($999) and size as its predecessor, sporting a 5.8-inch screen.

Apple is also releasing the $749 iPhone XR, for those who balk at a four-digit price tag. The phone looks similar to the iPhone X, but it has a 6.1-inch display and uses a different type of screen that is less expensive for Apple to produce.

Consumers who have held on to their older phones may be particularly drawn to the XR, said analyst Patrick Moorhead of Moor Insights. "They get the edge-to-edge display [and] the Apple experience at an affordable price."

Most of the major updates to the smartphones were technical and incremental. Apple invited several video game developers on stage to showcase improvements to the graphics and processing performance of the phones.

It also has improved the cameras in the new phones and added a feature that allows people to refocus their pictures after they take them. Samsung has offered a similar feature on two of its Note devices.

As Apple shifts its gadgets to having longer lifespans, the company will have to offer compelling and useful services to continue making these devices a good value for consumers, said Forrester analyst Thomas Husson in a note to investors after the presentation. "Apple has a key challenge in the next 18 to 24 months: Apple has to build a more frequent, deeper, emotion-rich, digital lifestyle relationship with consumers."

Apart from iPhone updates, Apple also introduced a redesigned Apple Watch, increasing the screen size by nearly one-third. The Watch has quickly become the spearhead for Apple's push into health and fitness. The company announced that the Watch has received Food and Drug Administration approval for a new feature that allows the smartwatch to act as an electrocardiogram.

Apple did not announce updates for some products, such as the iPad Pro or the wireless AirPods headphones. The company did not offer an update on the AirPower, a wireless charging mat it first announced last year but has not yet begun selling. It also did not refresh its MacBook Air or the Mac Mini - two products that are overdue for a refresh, Moorhead said.

"Quite frankly, these products are no longer competitive with any of the premium Windows competition," Moorhead said.

Xiaomi Mi A2, Redmi 5A Flash Sales Today in India: All You Need to Know
Brave Privacy-Focused Browser Files Adtech Complaint Against Google