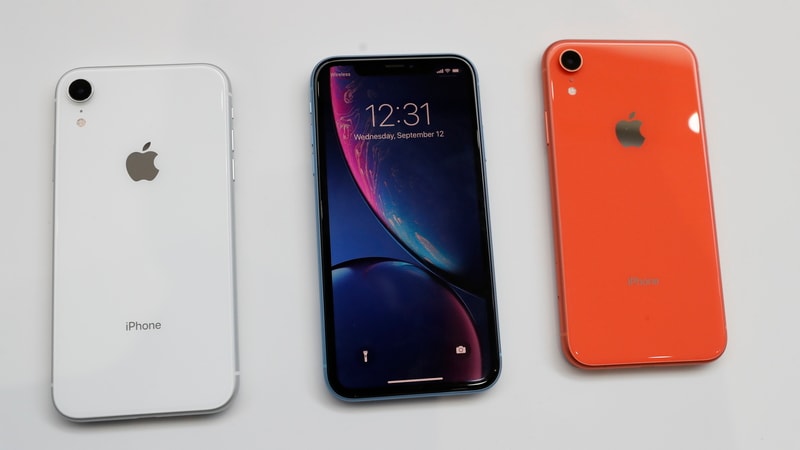 Apple's iPhone XR has been the company's best-selling iPhone model every day since it went on sale in mid-October, a company executive told Reuters on Wednesday.

The iPhone XR, which costs $749 (roughly Rs. 52,400), was announced alongside two other models, the iPhone XS and XS Max, which start at $999 (roughly Rs. 70,000). The XR brings many key features of those phones to a lower price point, and analysts widely viewed it as Apple's effort to bring facial recognition unlocking and its newest processing chip to a wider set of buyers.

But a string of negative forecasts from smartphone suppliers in recent weeks has sparked concerns that the model might not be performing as Apple had hoped.

Those reports, alongside investor anxiety over Apple's November 1 disclosure it will no longer provide investors with iPhone unit sales data, have contributed to a more than 20 percent drop from Apple's peak share price in October.

While Apple is still not giving absolute unit sales figures, the company does occasionally disclose to investors which models are selling the best out of its lineup, which currently includes older models such as the iPhone 7 and iPhone 8. Greg Joswiak, Apple's vice president of product marketing, told Reuters that the iPhone XR is currently Apple's "most mainstream product and our most popular iPhone."

"Since the iPhone XR became available, it's been the best-selling iPhone each and every day that it's been on sale," Joswiak told Reuters.

In addition to including many of the features from its higher-priced models, Apple also made the iPhone XR available in the broadest colour palette for iPhones since the iPhone 5C released in 2013.

Apple is planning to promote the red version of the iPhone XR as part of Product Red, the charity effort that gives a portion of sales of red-coloured products to the Global Fund for programs to address HIV and AIDS.

Apple offered the red iPhone XR at launch while in the past the company has offered a mid-spring upgrade of a red iPhone model to support the charity.

Joswiak said the company has raised $200 million for the Global Fund so far. Apple plans to promote the red products during and after World AIDS Day on December 1.

Superman: World's Finest for PS4, Xbox One, and PC May Be Announced at The Game Awards 2018
Dell.com Resets All Customer Passwords After Cyber-Attack