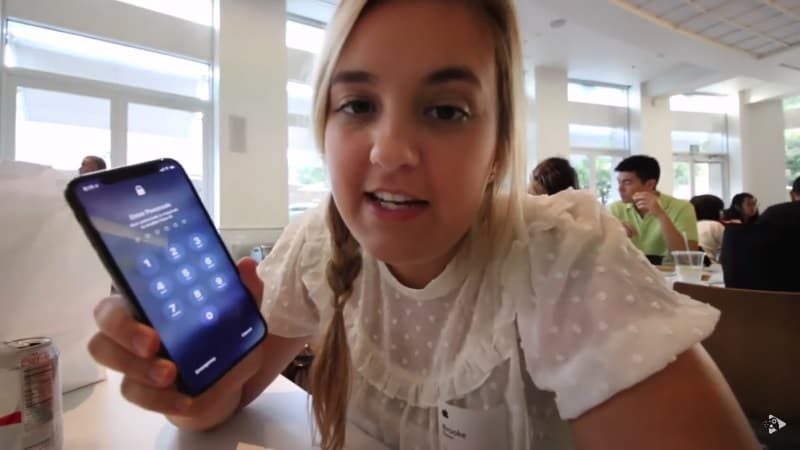 Apple has allegedly sacked an engineer after his daughter's video of an unreleased iPhone X went viral on YouTube, the media reported. In the video posted earlier this week, Brooke Amelia Peterson documented her trip to Apple's campus, where her father is an employee. The girl recorded a hands-on session with the iPhone X inside Caffe Macs. The iPhone X footage included special employee-only QR codes.

A notes app was also shown on the iPhone X, which appeared to include codenames of unreleased Apple products, The Verge reported on Saturday. The report adds that filming is prohibited on the Apple Campus, and filming an iPhone X there falls under the same rules.

It also includes several minutes of hands-on time with the iPhone X as also a close-up of the device's home screen and the cover sheet notification screen.

Peterson claimed her father has been fired as a result of her video, making the announcement in a video (seen below) published in the aftermath. According to the report, the fired engineer had worked with Apple for roughly four years, working in RF and wireless circuit design for the iPhone. Apple had reportedly requested Peterson to remove the video, but it was too late as the content had gone viral.

The iPhone X went up for pre-orders across the first wave of launch countries, including India, on Friday. The smartphone - Apple's first with an all-screen front - will go on sale from Friday, November 3. The iPhone X - apart from featuring a bezel-less display - also sports a Face ID and a notch that houses those sensors.

Google CEO Sundar Pichai Says He Will 'Drop Everything' to Address Burger Emoji Cheese Placement
Jio iPhone X, Google Pixel 2 Pre-Order Offers: These Are the Deals You Will Get