The iPhone X emerged as the "bestselling smartphone" in many markets and appears to be a reference for a large number of Android vendors who adopted its notch design and facial recognition functionality. However, the latest iPhone flagship is certainly not the most robust and sturdy handset when it comes to its build. The glass panel on the front and back of the most premium iPhone model already makes it another fragile article. And now, some users have started reporting that the glass protection of its dual rear camera setup cracks unexpectedly.

As evidently seen from the reports that spread across Reddit and Apple Support forums, several iPhone X users have complained about the cracked camera glass. The prime cause behind the cracking isn't defined as the users claim that they've not dropped their iPhone. "Just realised my iPhone X camera lens has a crack next to the mic, I have never dropped the phone," one of the users reported on Reddit.

Some users believe that the glass protection on top of the rear camera cracks due to cold weather. However, this isn't likely to be the case for many other users - especially the ones who are located in the tropical countries such as Malaysia. "I read some people have this issue in cold climate, I live in Malaysia and weather is hot and humid around 32-36 Celsius daily... Anyone had the same problem?" an affected user wrote on an Apple Support forum. 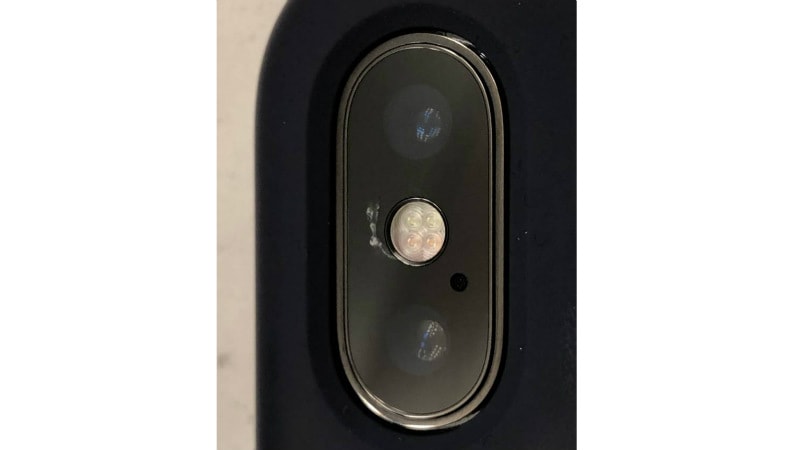 There might be some instances where users have broken the camera glass with the objects they carry in the pockets alongside the iPhone X. Having said that, Apple is using a sapphire glass cover on its iPhone models since the iPhone 7 that is claimed to have the "hardness and purity results expected from sapphire", as noted by 9to5Mac. This puts a question mark on the solidity of the glass protecting the iPhone X primary camera. Moreover, it has been reported that the company is not considering the cracked camera glass under warranty and instead reportedly charging full device replacement cost.

If you're among the iPhone X users who want to protect its rear camera from being cracked, it is recommended to apply a third-party lens protector on top of the glass panel or pick a case that has enough protection for the protruding camera setup.

Further reading: Apple
Jagmeet Singh Email Jagmeet Jagmeet Singh writes about consumer technology for Gadgets 360, out of New Delhi. Jagmeet is a senior reporter for Gadgets 360, and has frequently written about apps, computer security, Internet services, and telecom developments. Jagmeet is available on Twitter at @JagmeetS13 or Email at jagmeets@ndtv.com. Please send in your leads and tips. More
How to Get a Digital Signature Certificate in India: Process, Price, Getting One for Free, and Other Questions Answered