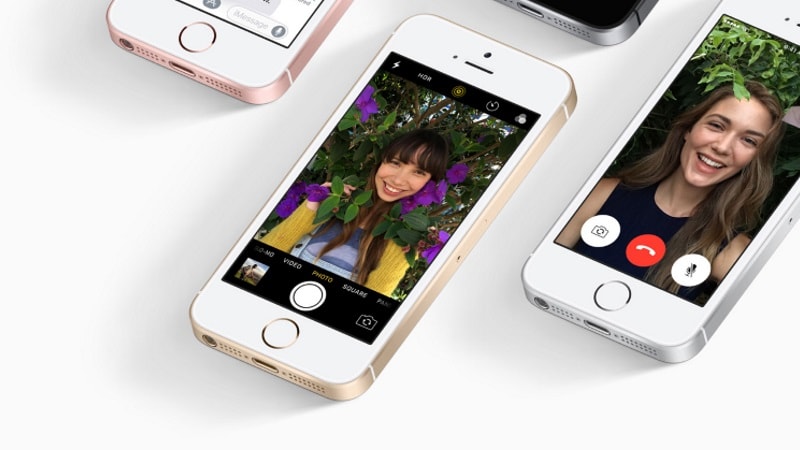 It is a well-known fact that Apple's announcement of new iPhones usually accompanies a price cut for the previously available models. In fact, there are people who wait for the iPhone launch events for just this purpose. The iPhone 6s and iPhone 6s Plus price was slashed almost immediately the launch of the iPhone 7 and iPhone 7 Plus. Now, Apple has cut the iPhone SE 64GB model price to $449 from $499 earlier in the US.

However, the price of the 16GB model of iPhone SE has been kept the same, at $399. The smartphone was launched in March earlier this year as a successor to iPhone 5s for the people who preferred an upgraded hardware on a compact device. The phone comes with a 4-inch display with a resolution of 640x1136 pixels at a pixel density of 326ppi (pixels per inch). The smartphone is powered by the Apple A10 A9 processor and comes with 2GB of RAM.

In terms of optics, the Apple iPhone SE packs a 12-megapixel primary camera on the rear and a 1.2-megapixel front camera. In our review of the device we found it to be a complete package and said that the overall experience is everything you'd expect from an Apple product.

The launch of iPhone 7 did not just bring about the price cuts for iPhone SE but also brought in the discontinuation of company's smartphones iPhone 5s, iPhone 6, and iPhone 6 Plus. Apple also decided to do away with the 16GB storage for the base model of their smartphones as well as tablets with the launch of the new iPhone models, bumping the base storage to 32GB in all currently available models.