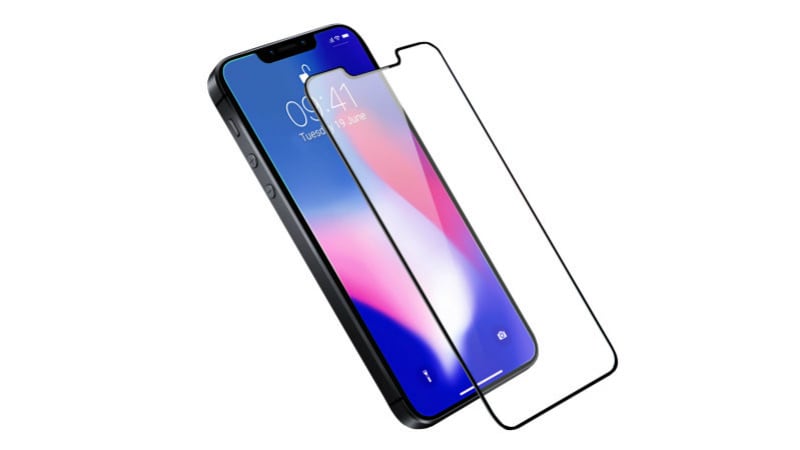 Days after being in rumours with a glass back, the anticipated iPhone SE 2 is now found to match the aesthetics of the iPhone X with a notch design. This will be contrary to the traditional front panel that surfaced on the iPhone SE last year. In the recent past, many Android vendors have already adopted the notch and slim bezels to make their offerings look similar to the latest iPhone flagship.

Accessory maker Olixar has listed a screen protector that shows the notch design of the iPhone SE 2. The render featured in the online listing shows not just the notch cutout but also the ultra-thin bezels - similar to the ones featured on the iPhone X. Further, there isn't a home button at the bottom.

Olixar has additionally shared some schematics with folks at 9to5Mac that details the notch design. The wireframe schematics show that the iPhone SE 2 will be nearly 120mm long and have about 54.82mm width - with the 18.7mm wide notch on top. Notably, the notch is significantly smaller than what emerged on the iPhone X, nearly half as wide. This suggests that the iPhone SE successor may not include the TrueDepth Camera system of the iPhone X. But in that case, it is interesting to see that how Apple will enable unlock functionality.

Apple hasn't revealed any details about the iPhone SE 2. Nevertheless, Olixar seems quite sure about its design, and thus, it has already started taking pre-orders for the notch-supporting screen protector. The handset is expected to be manufactured in India and is likely to be unveiled later this year. It could join the three new iPhone models that are also rumoured to have an iPhone X-like design.