iPhone SE 2 to Have Glass Back and Headphone Jack, Leaked Images Tip 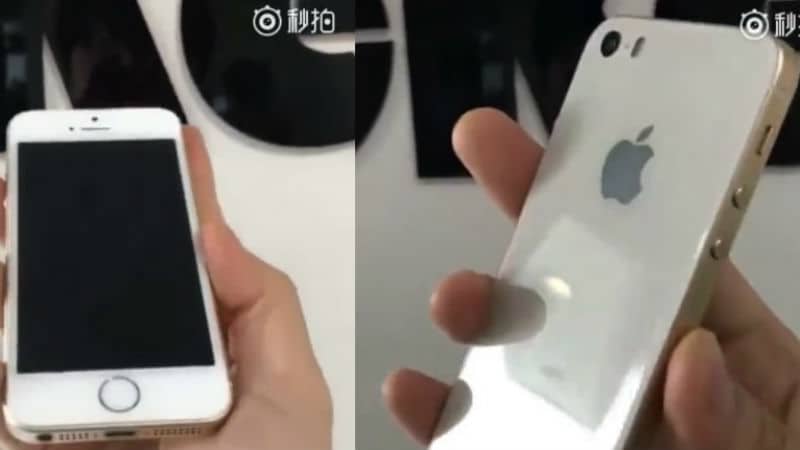 iPhone SE 2 is expected to be launched as Apple's first smartphone in 2018 and the handset has already been subjected to several leaks and rumours. The smartphone supposed to be the successor to the iPhone SE, is possibly going to launch in May or at Apple's WWDC this year. Meanwhile, there have been many conflicting reports surrounding the design of the handset. Now, fresh images of an alleged iPhone SE 2 units have leaked showcasing a fully built phone.

Shared by letemsvetemapplem.eu, the leaked photos show a smartphone that looks similar to the iPhone SE. However, the alleged iPhone SE 2 appears to have a glossy back panel, suggesting that it could be made of glass instead of the aluminium construction of its predecessor. This information is in line with previous reports that suggested that the handset may come with wireless charging support like the iPhone X, iPhone 8, and iPhone 8 Plus.

Interestingly, the images show that the Apple may keep the headphone jack intact in the iPhone SE 2, a feature that was earlier rumoured to have been removed. Also, in line with the company's latest trend, they show just an iPhone branding on the back, without the FCC write-up.

As per the images, iPhone SE 2 appears to have major design tweaks on the rear side, but the front of the handset looks similar to its predecessor. It appears to have a similar Touch ID, display, selfie camera setup, and bezels. Earlier reports had claimed that Apple may not include the Face ID feature in the new handset.

The iPhone SE 2 may also get the Apple A10 Fusion processor that Apple debuted during the iPhone 7 series launch. Another expected feature is the support for HEIF/ HEVC media recordings. Other rumoured specifiactions of the upcoming handset including a 4.2-inch display, 2GB of RAM, and 32GB/ 128GB of inbuilt storage.

Notably, Apple has not officially confirmed any plans for the iPhone SE 2 launch. But, with several reports surrounding the smartphone, it could only be a matter of weeks before an unveiling event is announced. The iPhone SE 2 is expected to be made in India, at the Wistron plant.