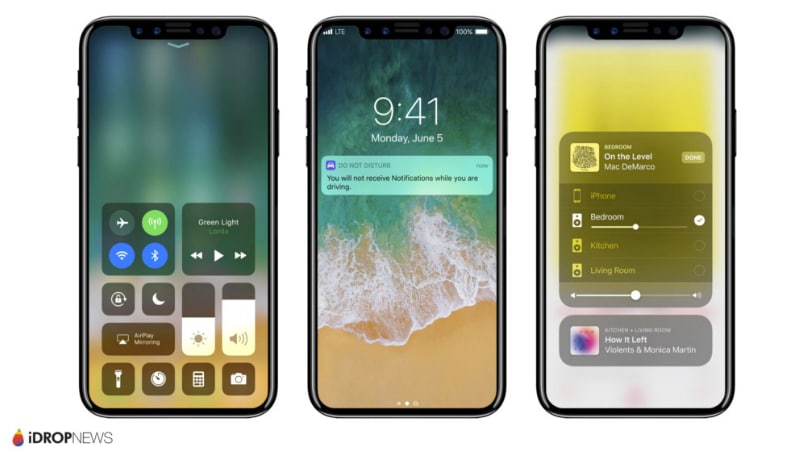 The buzz surrounding the upcoming iPhone 8 refuses to die down, and while recent reports all seem to almost confirm that Touch ID fingerprint sensor was going to be placed underneath the display, the latest reports from credible sources refute all those claims. After noted KGI analyst Ming-Chi Kuo suggested that Apple is not bringing the in-screen Touch ID feature, and may do away with Touch ID altogether, a fresh report from Bloomberg seems to now suggest the same.

According to the report, the Cupertino giant is testing a new security feature that will allow the upcoming iPhone to unlock the screen and authenticate the user utilising 3D facial recognition. This will be possible with the new 3D front camera system that has been rumoured on several occasions in the past as well. While this news may be a dampener for many Touch ID fans, it’s at least a better alternate route than the Touch ID integrated at the back of the device (or even on the power key?).

The 3D system won't be fooled by 2D pictures, something Samsung's Galaxy S8 was accused of. The system will allow users to unlock the screen, authenticate payments, and launch secure apps, the report claims. Furthermore, the report states that the company is also testing eye scanning, something that we’ve already seen on Samsung smartphones, to augment the facial recognition system.

Citing anonymous sources, the report does assert that this feature is still in testing, and although the intent is for it to replace Touch ID, it may not be included in the iPhone 8 at all. Interestingly, this security feature can even work if the iPhone is lying flat on the table, and not just close to the face.

Furthermore, the report is also the first one to claim that the new iPhone 8 will also include the new ProMotion display seen on the new iPad Pro tablets released this year, and that the smartphone will also come with a dedicated Apple Neural Engine chip for handling AI. The report reiterates that for the iPhone 8, Apple is testing "new glass casing, steel edges, and a larger display that fits into an overall smaller body." It also reiterates reports that Apple will use an OLED display on the iPhone 8.

Kuo’s ten predictions released earlier also state that there will be no fingerprint scanner on the iPhone 8. Furthermore, he also notes that all the three iPhones will adopt glass bodies, and adopt Wireless Power Consortium’s Qi wireless standard charging that is already seen on many Android devices. The wireless charger will be sold as an optional accessory, reports MacRumours. Kuo also claims that the iPhone 8 will include an USB-C power delivery IC for fast charging, but it will still continue to have a 5W USB-A power adapter as an accessory.

Kuo has also made predictions about the iterative updates on the iPhone 7s and iPhone 7s Plus smartphones. The iPhone 7s has a single camera setup and sports 2GB of RAM, while the iPhone 7s Plus will sport a dual camera setup and 3GB of RAM. While iPhone 8 is expected to come with facial recognition and scrap Touch ID altogether, the other two iPhone models will have Touch ID and will miss out on facial recognition instead. The iPhone 7s and 7s Plus will also have a glass chassis to adopt the Qi standard for wireless charging. The two phones are expected to be 10-15 percent faster than iPhone 7 for improved AR performance.

Kuo has also predicted that all the three iPhones will come in 64GB and 256GB variants only this time and there will be no 128GB variant. The headphone jack will be missing from all iPhone models, but the speakers have been upgraded for better stereo separation.  Lastly, Kuo predicts shipments to be at 80-85 million units of all three iPhones with 50/50 split between LCD and OLED.