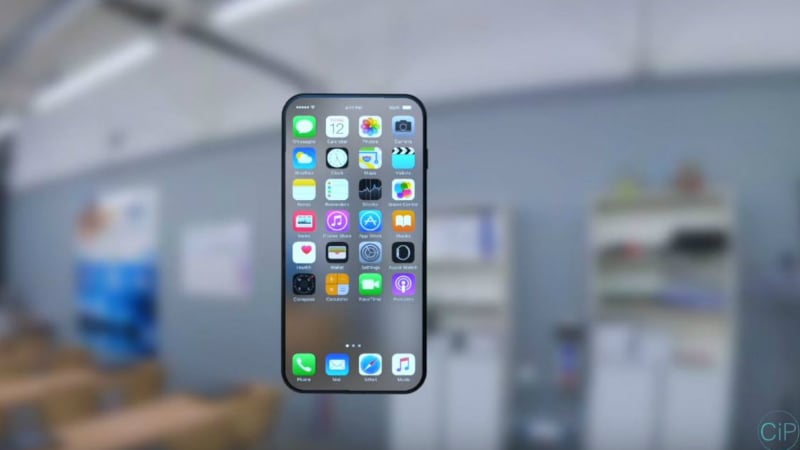 The iPhone 8 frenzy continues as a fresh report sheds more light on the 10th anniversary Apple smartphone. It is expected to come with significant upgrades, and the latest leak gives us details about the design, display, and price. The iPhone 8 is tipped to let go of the Home Button, sport a curved OLED screen, and even replace the Lightning connector with the industry standard.

Wall Street Journal reports that the iPhone 8 will sport a curved OLED screen reiterating previous rumours. The OLED screen will take up the entire front leaving no room for the Home Button or the Touch ID sensor. The smartphone will also let go of the Lightning connector in favour of USB Type-C, leaving its own connector for an industry standard. The iPhone 8 will reportedly come with a price tag north of $1,000, again echoing previous rumours. The more display real estate means a touchscreen chin with controls, similar to what Ming-Chi Kuo has been predicting (what he likes to call the 'function area').

The report also says that the iPhone 8 displays will be made by Samsung, as LG and JDI aren't capable to mass produce till 2018. Lastly, the report states that iPhone 7s and iPhone 7s Plus variant will also be launched alongside, packing LCD displays as usual. The three smartphone launches announcement will be a shift from tradition, as Apple prides itself for its simplicity.

Kuo has also said in the past that the iPhone 8 will come with 3D facial recognition and some form of augmented reality addition to it. The smartphone is also tipped to sport a 5.8-inch display in the same iPhone 7 form factor, some form of advanced wireless charging, and come with an improved 3D Touch technology.

In a separate leak, Apple is apparently delaying its iPad launch event and won't release iPad tablet, red iPhone 7, or a 128GB iPhone SE till May or June. DigiTimes reports that the company will not introduce two large-sized iPad before the mentioned time, and this will adversely affect supply chain makers TPK Holding and General Interface Solution's (GIS) first quarter results. Apple was first expected to launch three iPads in the first quarter of 2017 - an entry-level 9.7-inch iPad, a new 10.5-inch iPad, and an upgraded 12.9-inch iPad Pro. Tablet sales have been reducing year on year, and this delay will further kill the buzz among the few who still look to buy the large screen device.