Apple's iPhone 8 is still months away, but leaks are in abundance. The latest one reiterates claims of delay in availability of the iPhone 8, and claims that it won't go on sale at the same time as the alleged iPhone 7s and iPhone 7s Plus. Furthermore, there is a sketch of the iPhone 8 doing the rounds revealing design details of the device.

CNBC got hold of a report from Drexel Hamilton analyst Brian White that reiterates the same claim of iPhone 8 delays as reported previously. The report says that the delay is mostly due to difficulties related to the new 3D sensing technology. White also claims that the device, though delayed, will arrive before the holiday season. Finally, the report also reiterates that the 5.8-inch iPhone 8 will be the only model to sport an OLED display.

The 3D sensor is also earlier reported to bring facial recognition to the iPhone 8, in addition to an improved Touch ID for added security. This will work in the similar manner as the Apple Watch and MacBook Pro work to lock and unlock the laptop. Also, this 3D sensor could have multiple applications like building 3D game avatars or taking 3D selfies. Moreover, Apple reportedly has 1,000 engineers in Israel working solely on augmented reality, as the company looks to bet big on AR, and not on VR. In any case, this 3D technology has reportedly met with hiccups, and will be the cause of delay for Apple this year, but the delay won't trickle to 2018.

A separate leak by Benjamin Geskin shows a schematic sketch of the iPhone 8 that is supposedly based on a prototype drawing shared with him by a factory worker. This sketch shows a vertical dual camera setup at the back, an extra hardware button on the right edge alongside the power button, and the front display area with many sensors on the top chin. The bottom chin is replaced by a touch-based function-area, something that has been leaked before as well. 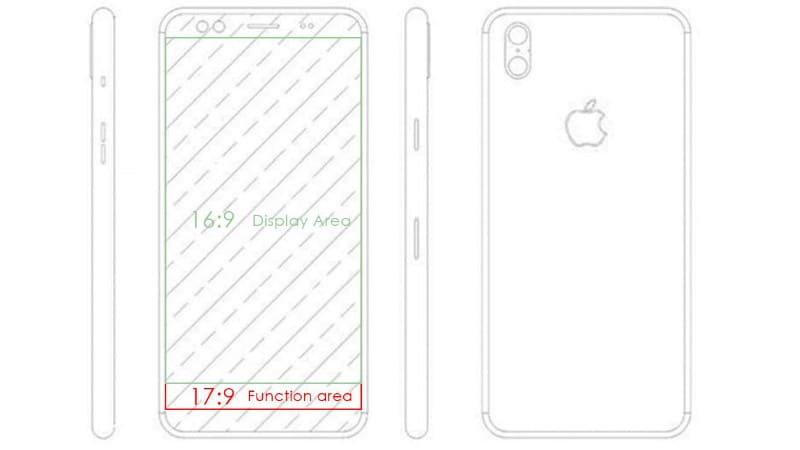 The bottom edge has two speaker grilles separated by the Lightning port in between. This sketch indicates that the iPhone 8 display won't be as edge-to-edge as previously rumoured to be, but we recommend you to take this with a pinch of salt. The iPhone 8 is also expected to introduce wireless charging and better waterproofing.

Further reading: iPhone 8, iPhone 8 Leaks, iPhone 8 Specifications, Mobiles, Apple
Tasneem Akolawala Email Tasneem Tasneem Akolawala is a Senior Reporter for Gadgets 360. Her reporting expertise encompasses smartphones, wearables, apps, social media, and the overall tech industry. She reports out of Mumbai, and also writes about the ups and downs in the Indian telecom sector. Tasneem can be reached on Twitter at @MuteRiot, and leads, tips, and releases can be sent to tasneema@ndtv.com. More
Flipkart Confirms It Will Re-Enter Grocery Segment
Jio Prime Recharge Not on Reliance Jio Website: How to Get Jio Summer Surprise Offer Now