iPhone 8 Launch in September, But Availability Will Be Limited: KGI Securities

iPhone 8, the tenth anniversary Apple smartphone, has been in the news for nearly a year, and it seems the time is finally coming for the handset to become a reality. The production issues the smartphone faced have been reported several times now, but a fresh report from one of the most reliable sources of Apple leaks claims that the iPhone 8 will launch in September, but availability will be limited at first. Furthermore, iPhone 8 live photos have appeared online, along with the casing giving us more testimony to its design.

KGI Securities' Ming-Chi Kuo is back with his sporadic predictions on Apple's plans this fall, and he claims that the iPhone 8 has managed to emerge through tribulations, and will be unveiled on time in September. The smartphone will go appear for a product verification test in August and into mass production in mid-September, but will be available in limited quantities at first. In fact, the report states that the supply chain will produce between 2 million to 4 million units only this quarter. KGI's predictions were obtained by Apple Insider.

The report also claims that all iPhone variants will support fast charging through a separately sold accessory - a Lightning-to-USB-C cable and wall adapter. It will also be made available in three colour variants - Black, Silver, and Gold.

Separately, the iPhone 8 was leaked in photos as well on Techtastic.com. The black colour variant was shown from the front and back, and it sports a vertical dual camera setup, a bezel-less display, and no fingerprint scanner at the front or back. While there is no image showing off the sides, it seems like Apple may have foregone Touch ID altogether, to give Face ID prominence. The casing of the iPhone 7s, iPhone 7s Plus, and iPhone 8 have also been leaked alongside, and it shows a cut out at the back of the iPhone 8. Even though the cut out indicates that the fingerprint scanner will be embedded there, but it could also just be for the Apple logo, and nothing else. 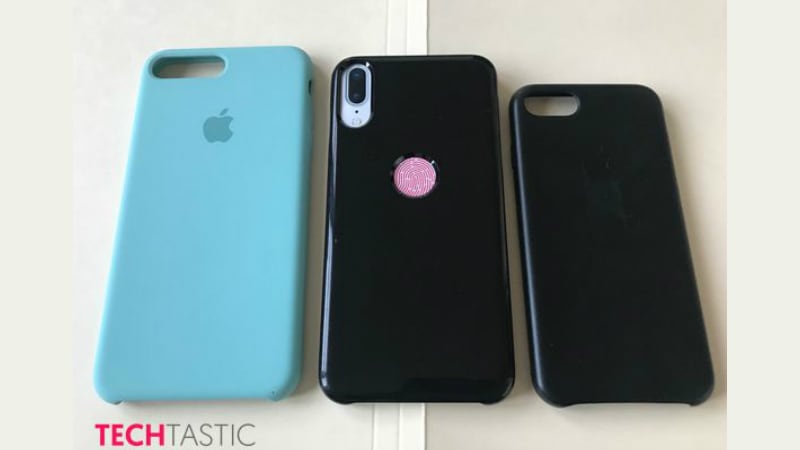 Expect more clarity on the fate of Touch ID as we near launch, and more detailed leaks emerge. For now, the iPhone 8 is expected to sport an almost bezel-less OLED screen, wireless charging, no home button, no 3.5mm audio jack, an Apple A11 chip, and AR features.

Further reading: iPhone 8, iPhone 8 Leak, iPhone 8 Specifications, iPhone 8 Features, iPhone 8 Touch ID, iPhone 8 Launch, iPhone 8 September Launch, mobiles, Apple
Tasneem Akolawala Email Tasneem Tasneem Akolawala is a Senior Reporter for Gadgets 360. Her reporting expertise encompasses smartphones, wearables, apps, social media, and the overall tech industry. She reports out of Mumbai, and also writes about the ups and downs in the Indian telecom sector. Tasneem can be reached on Twitter at @MuteRiot, and leads, tips, and releases can be sent to tasneema@ndtv.com. More
Facebook and Twitter Are Too Big to Allow Fake Users
Hyperloop One CEO Says Yet to Receive Investment Proposals From India

iPhone 8 Launch in September, But Availability Will Be Limited: KGI Securities
Comment