iPhone 8 renders have been overflowing recently, revealing key design details every time they appear, and the latest ones do just that. Not only do they corroborate past leaks on a vertical camera setup and an almost bezel-less display, the renders give us a more detailed look at the front, especially the top lip which is said to be laden with sensors and how that will impact interface changes. The pricing information of the iPhone 8 has also been leaked, reiterating that it may be the most expensive iPhone ever.

Gordon Kelly from Forbes is back with new renders, teaming up with case maker Nodus again, revealing more changes. This time, the renders are more fine-tuned, hinting at the possible final design of the iPhone 8. The report states that the iPhone 8 will sport a 5.8-inch OLED display with reduced bezels up to 4mm thin on all sides. The top lip is seen to be a bit thicker than the rest of the bezels, as it houses all the sensors.

Kelly claims that the top bar will only show the connectivity and battery status, and the notifications will be moved to the bottom ‘Function Area’ for a more clean and non-jarring iOS 11 interface experience. There’s also the elongated power button, but Kelly notes that he isn’t certain whether the fingerprint scanner will be integrated there or not. Apple seems to be still uncertain about the Touch ID placement for now. 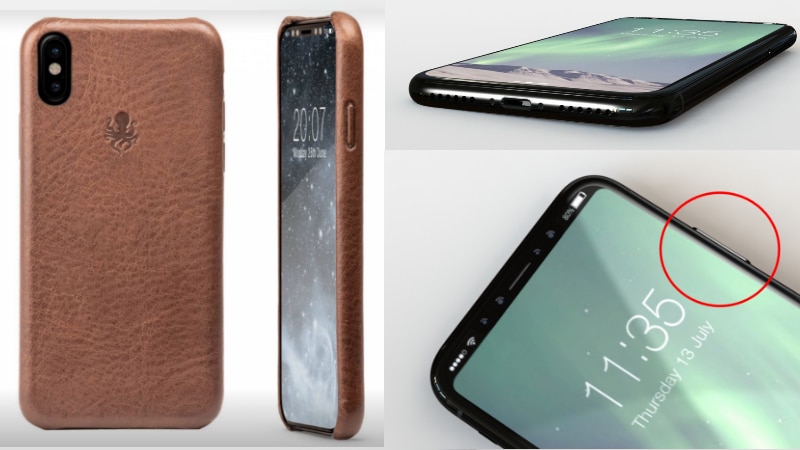 There’s no sight of the 3.5mm audio jack, and the Lightning port sits between two speaker grilles at the bottom edge. Kelly has also shared images of Nodus cases that have been designed keeping these iPhone 8 renders as reference. Early renders were obtained through CAD files, and now Nodus and Kelly have made these fresh ones based on deep investigation into the supply chain of Apple.

A separate report from DigiTimes also claims that because of all this uncertainty, Chinese smartphone makers particularly, are adopting the wait and watch technique before ordering for chipsets for its future smartphones. Because of this, chip orders have slowed down ahead of the iPhone 8 launch, instead of accelerating, which was the case usually. Companies like MediaTek and HiSilicon are said to be impacted the most.

“Chip orders from the non-Apple camp should have picked up starting April and grown through August, but orders seem to have been pushed back in 2017 as companies adopt a wait-and-see approach before the launch of Apple’s upcoming iPhones which they believe will come with revolutionary features,” the report states citing an anonymous source.

The iPhone 8 is indeed reported to be revolutionary with better waterproofing, AI and AR features integrated, and the incorporation of wireless charging as well.