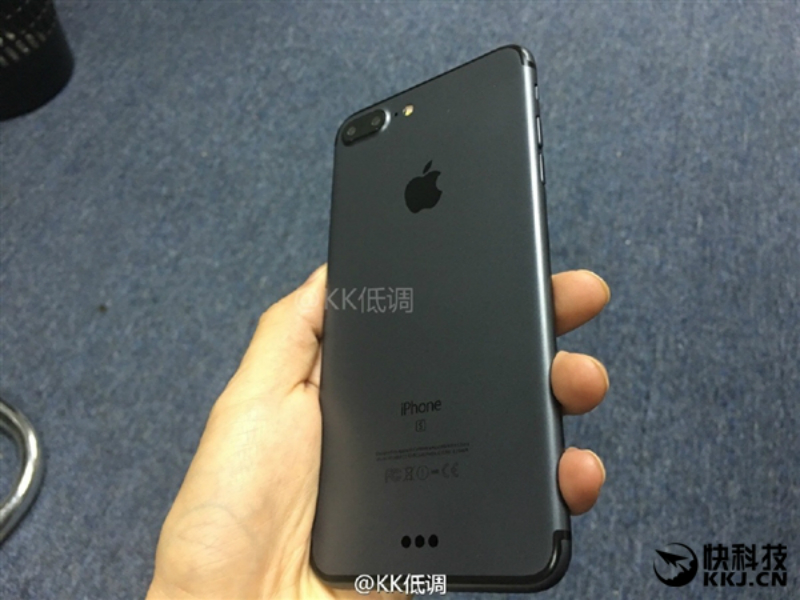 Apple is hosting the anticipated iPhone 7 launch event on Wednesday, and the event will begin at 10.30pm IST. Running up to the launch, the constant leaks refuse to stop, and the latest bring more information about the specifications and features of the iPhone 7. Fresh Geekbench scores have also surfaced online, and Apple has reportedly also boosted production orders with a timing that points to extra confidence due to the Samsung Galaxy Note 7 recall.

After Ming-Chi Kuo's detailed report earlier this week, a Vietnamese blog has shed more light on what the iPhone 7 can be expected to feature. The author claims to have spent some time with the Silver and Black colour variants of the 4.7-inch iPhone 7, and penned down his observations. He had his hands on a Matte Black variant, and not the rumoured Glossy Piano Black variant.

In any case, he claims that the Apple logo on the Silver variant is shinier, while the Matte Black variant's logo at the back matches the phone's outer profile. He notices that the volume buttons are placed in the same position, but are no longer housed in a concave dent. The volume buttons just pop out of the device without creating any dent on the chassis.

Also see: Everything You Can Expect From the iPhone 7

He also reiterates the claim of the iPhone 7 being more waterproof than the predecessor. He observed that the SIM tray comes with a rubber seal to protect the SIM card from water. Another interesting point he noted was that the camera on the 4.7-inch iPhone 7 comes with support for 4K video recording at 60fps. If this is true, the iPhone 7 will be the first smartphone to support this, and it will be a nice upgrade from the 4K video recording at 30fps seen on the iPhone 6s. Lastly, he testifies that the Home Button will be capacitive, and will react to pressure. The Force Touch feature is expected to be baked inside the Home Button of the iPhone 7 as well.

In the meanwhile, the iPhone 7 Plus with its Apple A10 SoC has supposedly hit Geekbench, with a single-core score of 3379, and a multi-core score of 5495. This is a 10 percent hike from the last Geekbench score leaked, but it is worth noting that the previous results were measured on Geekbench 3, while the latest results were measured on Geekbench 4. In any case, the A10 chip is a sufficient upgrade from the A9 chip seen on the predecessor.

DigiTimes is also reporting that Apple has apparently increased the volume of production units of its iPhone 7 by 10 percent, citing supply chain sources from Taiwan. The sources add Apple had originally predicted H2 2016 shipments for the new iPhone models to be 60 percent of the units shipped in H2 2015 following the iPhone 6s and iPhone 6s Plus launch.

Though the report attributes the hike in production to Apple's positivity about iPhone users looking to upgrade to the new model, the timing of the decision so soon after Samsung announced the recall of its phablet flagship, the Galaxy Note 7, indicates it may be the reason behind Apple's sudden increase in confidence.

A few Galaxy Note 7 units have been noted to have exploded due to a fault in the battery, and Samsung has suspended the sale of its handsets till the issue is resolved. It is also expected to issue an official worldwide recall any time, and Apple predicts that this could boost the iPhone 7 sales.

Apart from all the above mentioned changes, the iPhone 7 is also expected to ditch the 3.5mm audio jack, and come in new 32GB, 128GB, and 256GB storage options. All of these rumours will be put to rest tomorrow, when Apple CEO Tim Cook takes centre stage. The event will be live streamed around the world, and can be watched on Safari and Microsoft Edge browsers here. For the live stream to work, the user will need an iPhone, iPad, or iPod touch device with Safari on iOS 7.0 or later, a Mac with Safari 6.0.5 or later on OS X v10.8.5 or later, or a PC with Microsoft Edge on Windows 10. The streaming will also be supported on Apple TV (2nd, 3rd and 4th generation) with software 6.2 or later.