With less than two weeks left for Apple's mega event where it is expected to launch the iPhone 6s and the iPhone 6s Plus, plenty of new interesting information about the flagship smartphones has surfaced on the Web. New leaked images give us a glimpse at the changes the company has made to the FaceTime camera, alongside showcasing what seems to be Force Touch parts. Also a new report claims that the price of the new iPhone models will remain the same as its last year's counterparts.

Previous reports have suggested that the iPhone 6s and iPhone 6s Plus will offer support for Force Touch technology, a feature that senses the level of force exerted on a touchpad (or display) and responds accordingly. New leaked images (via ) show off what seems to be the display components that power Force Touch. Previous reports have suggested that the Force Touch feature will be used in the new iPhone models to access shortcut options, turning on new functions and pull-up menus.

The images also show off a larger camera sensor on top of the new iPhone models, suggesting that the FaceTime camera is receiving some improvements. The development is in line with several reports that have previously suggested that the FaceTime camera will see some improvements. Previous reports also claim that Apple plans to introduce software-based flash photography capabilities to improve selfies. 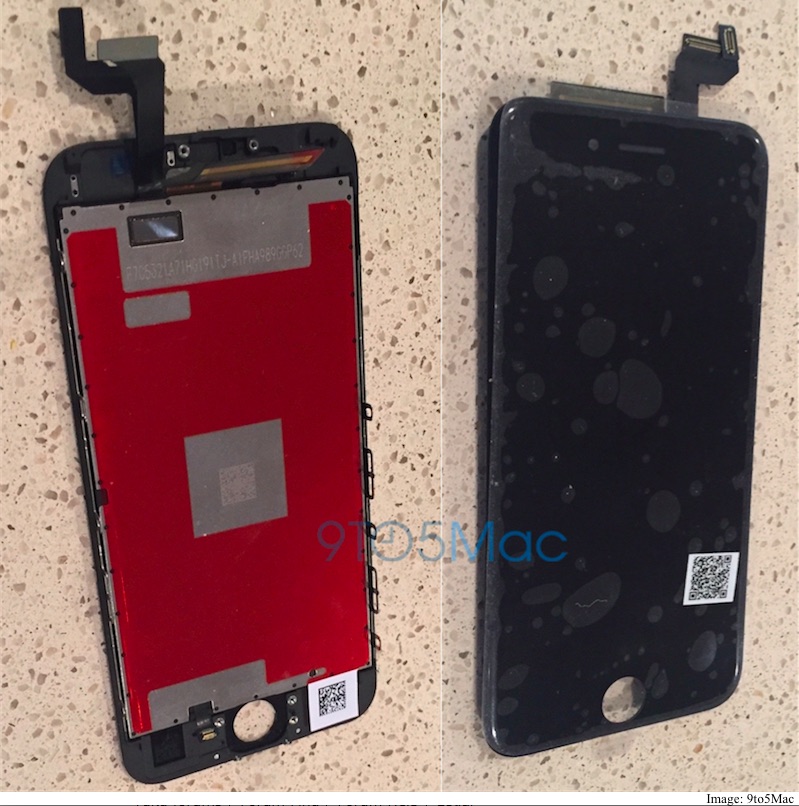 More interestingly, a new report also suggests that the two anticipated iPhone models - iPhone 6s and iPhone 6s Plus - won't cost you more than last year's models. The report citing purported plans of a Dutch-based carrier, reveals that the iPhone 6s will start at EUR 699 (roughly Rs. 52,000) while the iPhone 6s Plus will start at EUR 799 (roughly Rs. 59,500). The report also reveals that Dutch telecom carriers will start the pre-orders on September 11, and will start shipping the phone on September 25 (a week after the USA, and other European nations). The new information also insists that the 16GB variant in the new iPhone is here to stay, despite the introduction of 4K video shooting capability in the new iPhone (which eats up a large chunk of data).