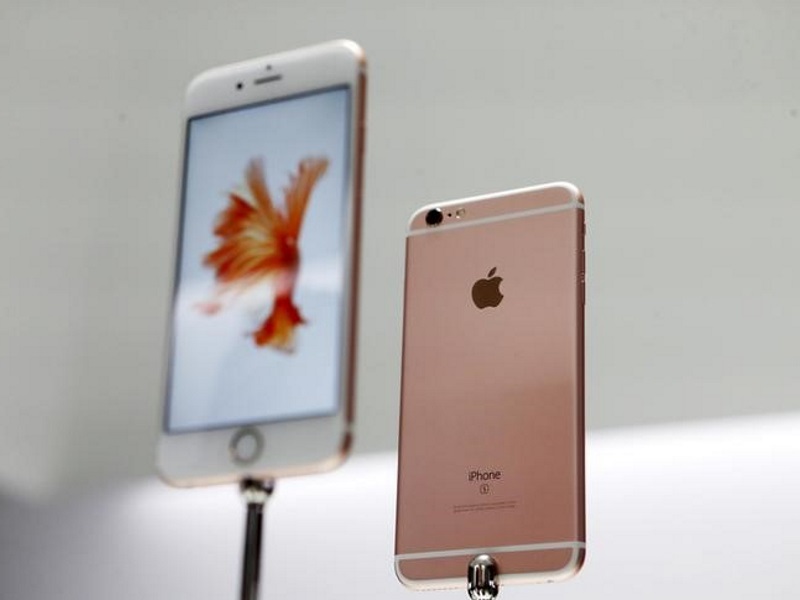 Apple Inc unveiled a new TV set top box that responds to voice commands and fresh iPhones that sense the pressure of a finger tap, changes which underwhelmed many social media commenters and investors.

The new iPhone 6s and iPhone 6s Plus  versions of the iPhone, Apple's biggest money maker, are the same size as the previous versions but come with a better camera, faster chips, new colours and the force-sensitive "3D Touch".

Apple shares fell 1.9 percent to $110.15 by the close, replicating the recent history of such rollouts but also reflecting the lack of any transformative products that could jumpstart the company's sales ahead of the crucial holiday season.

Apple shares have lost an average of 0.4 percent on the day of iPhone announcements over the past three years, according to BTIG Research data.

"People love to hate Apple announcements because the expectations are so high and they can never clear that bar," said Kevin Landis, portfolio manager of the $111 million Firsthand Technology Opportunities fund, which has Apple as its second-largest position.

Twitter users seemed most impressed by the revamped Apple TV. The product, which the company long called a 'hobby' gets its own app store and will work with Siri, Apple's digital assistant.

Fewer celebrated the iPad, which some saw as too big and similar to Microsoft's Surface tablet, and new iPhones, which are outwardly identical to the enlarged smartphones which made their debut about a year ago.

"3D Touch not good enough reason to upgrade so far," Ikechukwu Nwanze wrote of the new phones, which start at $199 with a two-year contract.

Apple TV demonstrations showed tricks to make viewing easier: digital assistant Siri, which is behind the voice control, can rewind a video for 15 seconds and turn on subtitles, when a viewer asks something like "What did she say"? 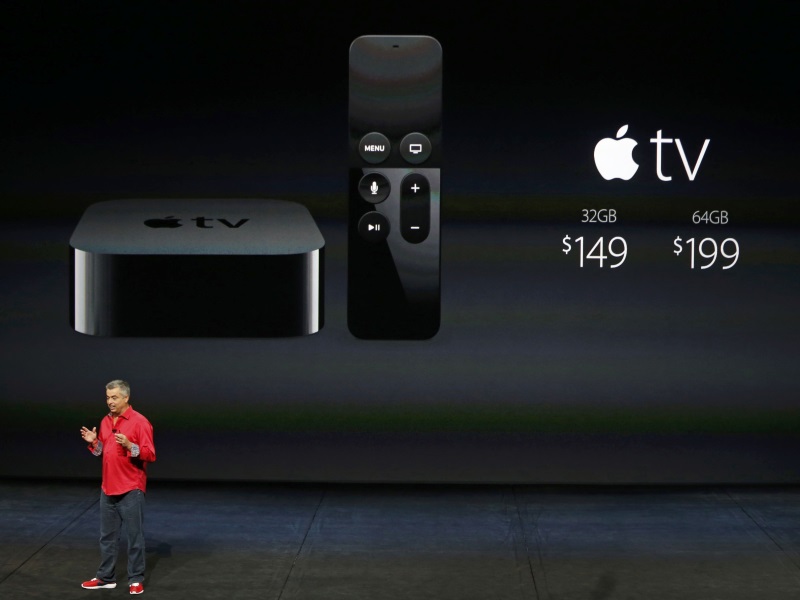 "We've been working really hard, and really long," on TV, Cook said, emphasizing the word 'long' in a nod to the time it has taken the company to produce an ambitious TV product.

The new set-top box will include an app store and let developers create new software for Apple TV, including video games.

"I'm all about this new #AppleTV. Shut up and take my money," wrote Twitter user Ethan Anderton. Others joked that they would have to buy a TV for the first time to use the Siri remote and app store.

Absent from the new TV interface was any agreement for new content despite Apple's efforts to negotiate deals with a wider array of TV networks to provide live or on-demand content.

A stylus?
Many of Apple's new features are based on technology that has been around for some time, but never caught on. Apple has a long history of creating successes where others could not.

Years ago a Blackberry featured force-sensing touch. The new iPad has an optional $99 stylus, called the "Pencil", which amused many on social media: in 2007 Apple then-CEO Steve Jobs told a tech conference, "Yech, nobody wants a stylus." 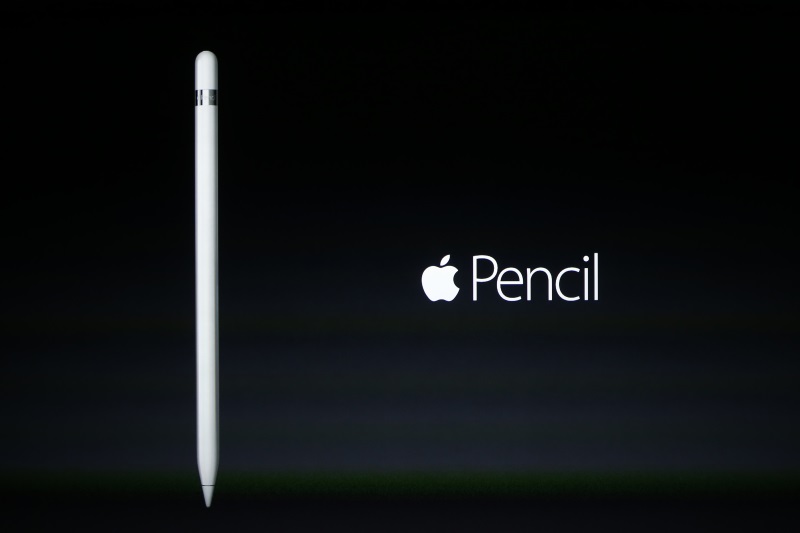 Apple is coming from behind in the streaming media market. Nearly 20 percent of U.S. broadband households already own at least one media player that streams content from the Internet, according to research firm Parks Associates.

Roku accounts for more than a third of all streaming devices sold in the United States in 2014, followed by Google Inc's Chromecast and Amazon Inc's Fire TV, Parks said. The Apple TV box came in fourth.

Landis said that while he liked the updated TV product "the numbers are so small that they won't move the needle because the iPhone is such a big business now."

Facebook messenger coming to the watch
Cook began the morning by talking up the Apple Watch, saying customer satisfaction for the recently launched product was 97 percent and that a new version of its operating system would be ready by mid-September. Apple is working with French luxury goods maker Hermes on a new watch collection, and Facebook Messenger is coming to the device, he added.

He then rolled out the "iPad Pro" with a 12.9 inch screen and said it had performance similar to a desktop computer. Apple showed off a "smart" keyboard as well as the "Pencil". 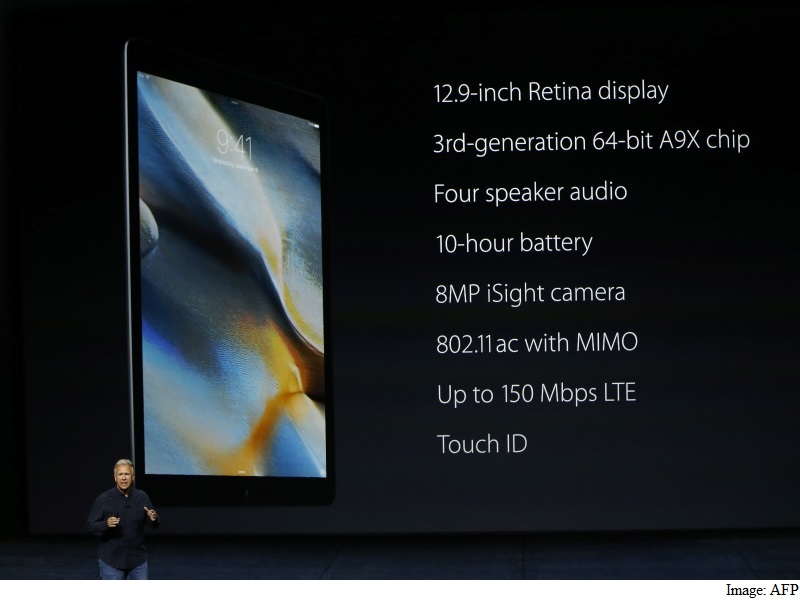 Dave Meier, who works on several portfolios at Motley Fool Funds, said that the addition of a stylus and keyboard to the iPad Pro, which starts at $799, could lead to a "refresh cycle" that would lift incremental sales.

He was "impressed with the gumption" to bring Microsoft executives to demonstrate Office products on the new iPad, he said. "This says that the Surface might be dead and Microsoft understands that they are very good at productivity but not at hardware," he said.

The new phones come a year after Apple rolled out iPhones with larger screens, touching off a frenzy of sales that saw revenue in the most recent quarter increase 32.5 percent from the same quarter a year ago.

"It's getting harder and harder for Apple to compete against itself," said analyst Bob O'Donnell of TECHnalysis Research. Apple shares are up about 12 percent over the last year, although they are down about 14 percent in the last three months.

Fortunately for Apple, most consumers buy smartphones under a two-year upgrade cycle, meaning the company will still likely scoop up a lot of sales, said analyst Patrick Moorhead of Moor Insights & Strategy.