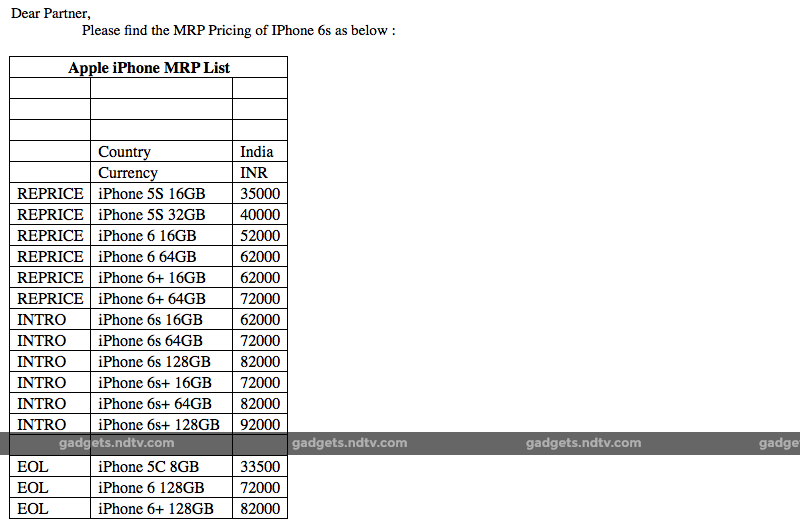 The iPhone 6s and iPhone 6s Plus come in four colours: Silver, Gold, Space Grey, and a new Rose Gold Aluminium finish. The phones will go on sale in India on Friday, October 16. The phones saw record 13 million sales and pre-orders during the opening weekend.

What do you think of the iPhone 6s and iPhone 6s Plus launch price in India? Let us know by voting in the poll and via the comments.