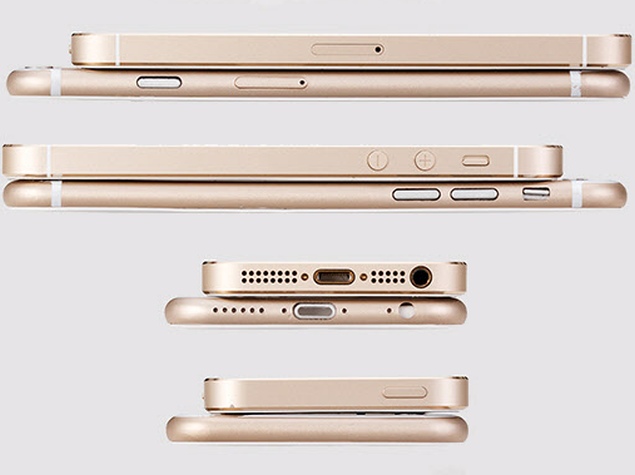 Another day and another iPhone 6 rumour. This time a report out of China details an astonishing new launch date for the next iPhone from Apple, ahead of most dates in previous leaks. The report is accompanied with purported pricing details, as well as the name of the anticipated larger 5.5-inch iPhone 6 variant - iPhone Air.

Apple traditionally starts sales of new iPhone models on a Friday to capture the weekend crowd, so the dates seem a little fishy. Previous leaks (including a purported internal communication from a German telecom carrier) had indicated a more credible launch date of September 19, which happens to be Friday.

The same report claims the much-rumoured 5.5-inch iPhone 6 variant will be called the iPhone Air, following the naming scheme of the latest, largest iPad. The report adds that China Mobile and China Unicom, Apple's carriers in the country, have begun field testing the iPhone 6 on their networks.

Recently, Japanese daily Nikkei had posted two alleged images of the rumoured 4.7-inch iPhone 6 dummy model, side by side with an iPhone 5s. The leaked images corroborate what's has been widely expected based on earlier leaks, that the next iPhone will house the power button on the right panel of the device, instead on the top panel seen on current iPhone models. It also seen to feature the Touch ID sensor.

The Cupertino-based company has also been rumoured to be testing a higher screen resolution of 960x1704 pixels on at least one of the two iPhone models likely to debut this year.
Comments