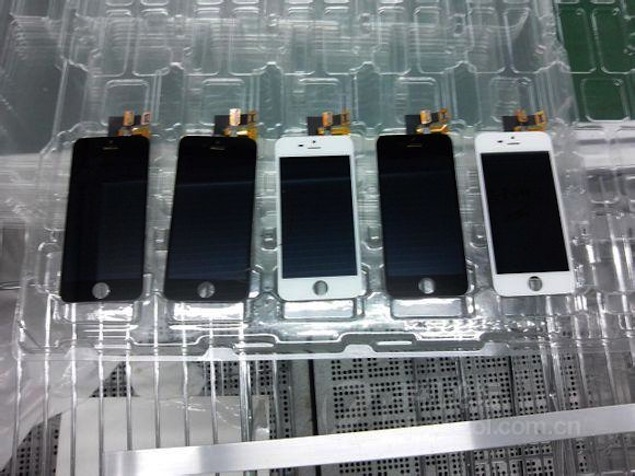 A Chinese website has posted what it claims are pictures of Apple iPhone 5S being manufactured at Foxconn's facility in China.

The series of pictures show a device very similar to the iPhone 5  in various stages of assembly, with a pic also showing purported Foxconn employees taking a break while wearing body suits.

There is no way to verify the authenticity of the pictures, with some even claiming that the pics may well be those of a factory that manufactures cheap iPhone knockoffs.

The leaked pictures come after an earlier news report in Chinese media had stated that Apple plans to release an iPhone 5S as well as an iPhone 6 this year. According to the report, iPhone 5S will be a minor update to the current iPhone 5, while the iPhone 6 will be a 5-inch device. No other specifications were mentioned, nor were any release dates except for the fact it'll be in 2013.

Earlier rumours had indicated that Apple may launch the next generation iPhone end of early Q2, though, based on past patterns, a Q3 launch looks more likely. While there have been no real murmurs on the hardware specifications, some analysts have predicted the next iPhone - whether it's called iPhone 5S or iPhone 6 remains to be seen - will likely have a full-HD screen, a better camera and will come in iPod touch-like colour options. A storage bump in the form of a 128GB variant is expected as well, to follow the recently announced bump on the iPad.

With HTC and Sony having already announced flagship smartphones with full-HD displays, and the likes of Samsung and LG expected to follow suit, anything less than a 1080p display in the next generation iPhone will be a disappointment.

Reports had also emerged of developers spotting new iPhone and iOS software in app logs, indicating that Apple was already testing the same.