While the next generation iPhone, the iPhone 5S has made several appearances, a new hands-on video offers a good look at the Gold/ Champagne colour variant of the phone, which has been recently making headlines. The video, posted by AppAdvice also features the Blue coloured variant of the much talked-about low-cost iPhone or iPhone 5C.


The Blue back panel of the iPhone 5C looks similar to the phones that have appeared in previous leaks. It's almost the same size as that of the iPhone 5 except that it's a little thicker due to its polycarbonate build. It features a Black coloured Apple logo at the back.

Just a day back, alleged pictures of a new Graphite or Grey coloured variant of the iPhone 5S and some of its components had also appeared online, courtesy Sonny Dickson.

The low-cost iPhone or iPhone 5C has leaked several times. Alleged pictures of the iPhone 5C have revealed a plastic polycarbonate body back panel in White, Blue, Red, Yellow and Green colours, a round camera lens and LED flash, Apple logo and iPhone branding. However, we've not heard much about the specifications of the phone till now. 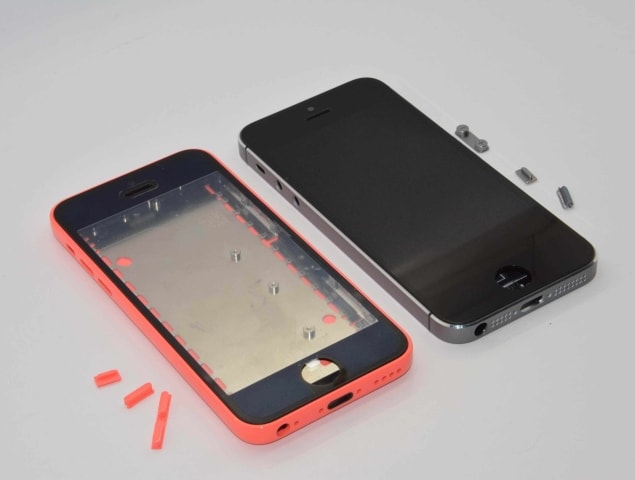