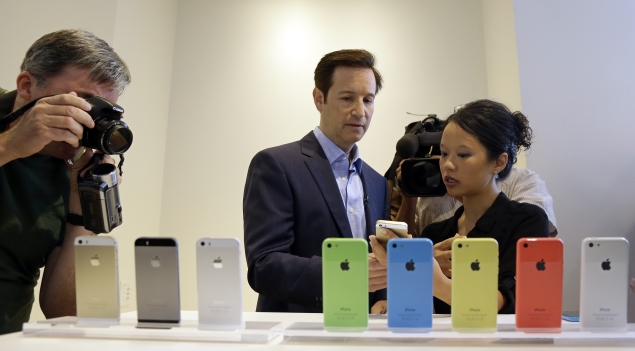 Just a few hours ahead of the official launch of Apple's iPhone 5s and iPhone 5c in the country, Indian telecom operator Reliance Communications has announced a new offer through which it will offer the two phones under a 24 month contract, and won't require consumers to make any downpayment for the base 16GB models.

Reliance Communications will offer the 16GB iPhone 5s at a monthly fee of Rs. 2,999 and 16GB iPhone 5c at a fee of Rs. 2,599 at zero upfront cost. The monthly fee is inclusive of taxes. In lieu of the fee, consumers will get unlimited local and STD calls, SMS (up to 3,000 a month due to TRAI regulations), national roaming and 3G data. There's no fair use policy and iPhone 5c and iPhone 5s customers will not receive any usage bill for 24 months, except for usage related to international calls and international roaming charges. 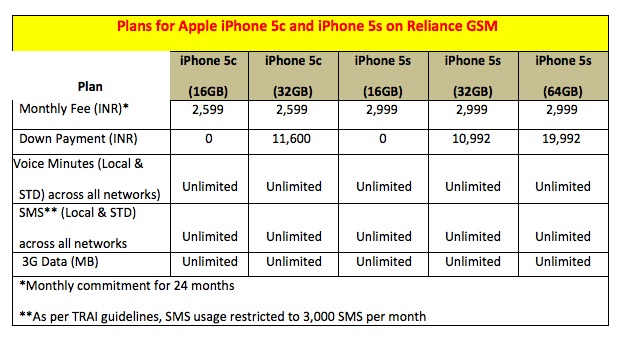 Commenting on the offer, Gurdeep Singh, President & CEO (Wireless), Reliance Communications Limited, said: "We are delighted to be amongst the first to launch the Apple iPhone 5c and iPhone 5s in India and are focused on growing this user segment with our novel iPhone offers, which break all ownership rules and put the customer first. The Apple iPhone has been a dream for users in India and overseas, and it is our endeavour to grow this market and make every Indian's dream come true with RCom's compelling and affordable iPhone ownership plan."

RCom has partnered with select credit card providers to extend the offer with a single swipe of a credit card enabling users to opt in for the contract for 2 years. The Company has also launched special facilities for corporate users of Apple products who would like to migrate to the Reliance network through MNP, with their requests being fast-processed. It's also setting up a special dedicated helpline for Apple customers for assistance and inquiries.