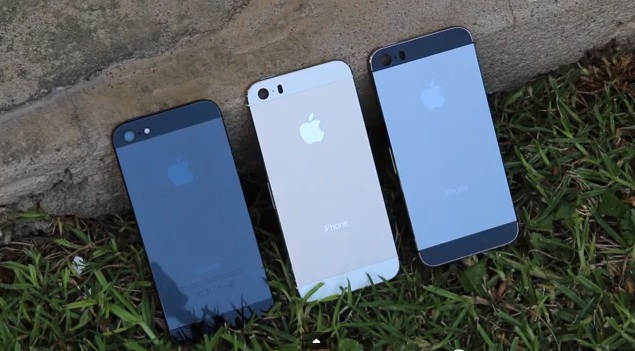 Looks like Apple has not been able to prevent its upcoming devices from leaking innumerable times, ahead of their rumoured launch. The next-generation iPhone, the iPhone 5S, and the low-cost iPhone, iPhone 5C, appear online in different leaks almost every day.

In line with previous rumours that pointed to the iPhone 5S being offered in two new colours, Gold and Graphite, some new videos showcasing the back shell of the next generation iPhone in these two colours have appeared online.

First spotted by 9to5Mac, a new video by TLDToday, compares the internal structure of the Gold iPhone 5S' casing with that of the iPhone 5, noting that it's much different from its predecessor. The video reveals that the space reserved for the battery has increased, and position of the logic board screws has been changed, with the logic board and chip set being expected to take less space. So, we can expect the iPhone 5S to have a better battery life in addition to a faster processor and graphics. The video also reconfirms the pill shaped dual-LED flash as seen on previously leaked cases of the iPhone 5S.

Another video from DetroitBORG compare the iPhone 5S shell to the iPhone 5C shell noting that the 5C shell sports larger dimensions compared to the 5S. The iPhone branding is again in a thinner font, similar to past leaks.