iPhone 5 shortage in India after initial supply runs out 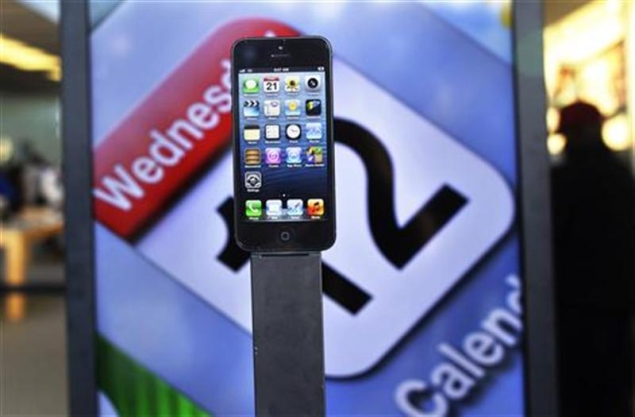 iPhone 5 came to India on November 2 with much fanfare. Expectations from the phone were at minimum, after earlier iPhone launches in the country having received responses that ranged from tepid at best, to downright hostile, with huge outcry over the pricing.

We sensed the mood was different this time on the opening day itself, when we reported encouraging opening day sales. (See: Apple's iPhone 5 makes strong India debut) Now more reports have confirmed that the iPhone 5 is certainly the best-received iPhone in the country.

According to a report in The Wall Street Journal's India Real Time, between 10,000 and 15,000 units were shipped to the country and the entire lot is now sold out. WSJ further adds:

Apple's service-provider partners in India and local mobile phone retailers are hoping fresh stock will be available for sale by the end of the week. In the meantime, they are taking early bookings for the next round of sales.

So far, the iPhone 5 has done much better than earlier iPhone models. Around 200,000 iPhones are expected to be shipped to India by the end of December, said Rachel Lashford, managing director for mobile at Singapore-based research firm Canalys, which closely tracks handset sales. By comparison, between April and June, Apple had shipped fewer than 50,000 earlier iPhone models to India, according to Canalys.

The increased demand was also echoed by Aircel which reported selling out its stock in two days, while Airtel reported a 78% jump in iPhone 5 pre-orders compared to iPhone 4S, WSJ reports.

With the iPhone 5 priced around the same price that the iPhone 4S was launched, there was little element of surprise and, thus, the tumult over price was at a minimum. The other key factor that contributed towards the strong sales is the way iPhone 5 is being distributed.

With Apple having shifted to distributing the iPhone 5 via Redington and Ingram Micro, which handle distribution of other Apple products like Mac computers and iPads, the retailers are operating in an environment they are more accustomed to. More importantly, the distributors are in tune with the needs of the retailers, and able to react quicker to changing demand patterns.

With limited supply expected this week, prospective iPhone 5 buyers who haven't booked the unit yet may continue to see "sold out" boards for a while.

Move over, Obama; Twitter had a big night too
Ericsson to cut 1500 jobs in Sweden amid downturn