iPhone 13 repairing requires software pairing of the screen to the microcontroller chip. 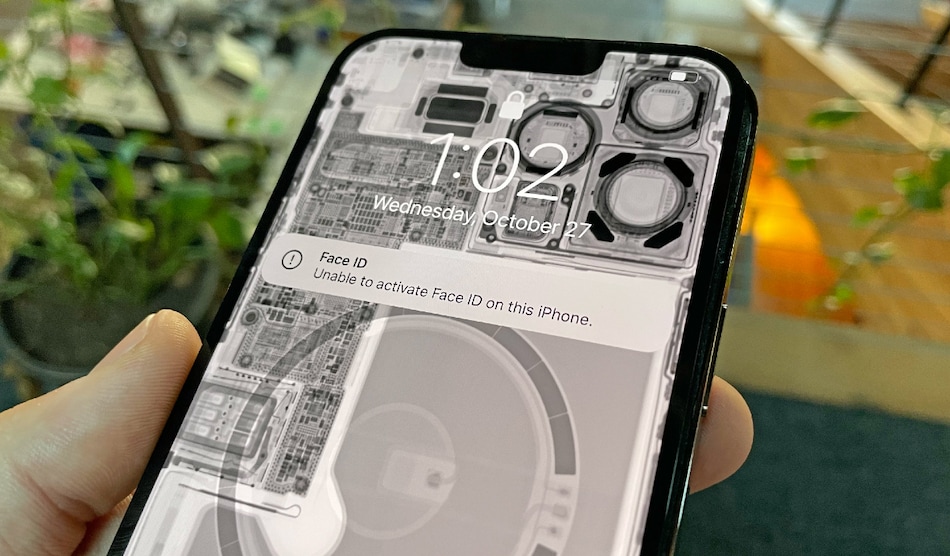 iPhone 13 screen replacement through a third-party repair shop would completely disable the Face ID functionality, a new investigation by iFixit reveals. This is said to be a deliberate move by Apple in an attempt to stop iPhone users from going for third-party repairs. By bringing in this barrier of screen replacement, iFixit says that Apple could shatter the iPhone repair industry completely, calling it a ‘dark day for fixers, both DIY and professional'. Third-party iPhone repair has become difficult because of a small microcontroller chip that pairs the screen to the phone. This chip is tucked into the bottom of the screen.

iFixit has detailed how the new iPhone 13 completely disables its flagship Face ID functionality when you replace its screen. It has a small microcontroller that needs to be paired with the newly replaced chip, and this, apparently, can only be done using secret software that just authorised Apple repair guys have access to. This means regular third-party repair workers will not be able to fix the iPhone screen without having to sacrifice major functionality. iFixit notes that this could have huge implications for the professional repair industry, for which Apple is the dominant brand to service. Small shops could be shuttered, forced to choose between spending thousands on new equipment or losing a major source of income.

For repair guys that want to survive, they will either need to join Apple's authorised repair network or physically move the soldered chip from the original screen onto the replacement. iFixit says this will require new equipment like a microscope or high-resolution webcam, a hot air rework station, a fine-tip soldering iron, and the necessary BGA stencils, flux, and other supplies. Many repair guys, iFixit reports, are also looking for another line of work.

iFixit reports that the Face ID error shows up even after replacing the display on an iPhone 13 Pro Max with another original iPhone 13 Pro Max display. This was tested while the phone was running on iOS 15.1. Apple's monopolistic behaviour is not new, iFixit says, it has been locking down repair for years. But by locking down the most common repair for their devices, Apple has put many repair workers source of income at risk. “If we want repair shops to exist in our local communities, we have no choice but to pass right to repair legislation to protect them from this predatory, monopolistic behaviour,” iFixit says.