Apple's September 15 event is thought to be for new Apple Watch and iPad Air model, with an iPhone 12 launch expected in October. 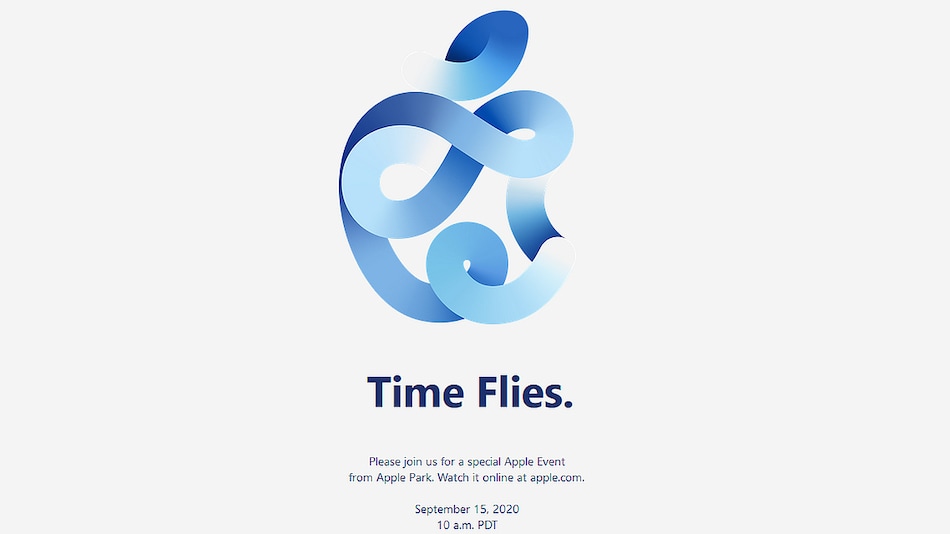 Apple has sent out invites for an event on September 15 titled Time Flies, and the name hints at a Apple Watch and iPad Air launch, models that had been tipped in the recent past to launch this week. September is usually when the company is expected to launch its next iPhone series - though the iPhone 12 series this year is expected to be delayed.

To recall, Apple had at its last earnings results announced there would be a few weeks delay to the release of its new iPhone models this year, thanks to supply chain issues caused by the COVID-19 pandemic. Apple typically launches new iPhone models in September, and releases them later the same month. An October launch is now expected for the new iPhone series, while recent leaks tipped the September launch of new iPad Air and Apple Watch models, in fact, they were expected to launch sometime today.

The 'Time Flies' Apple event on September 15 is scheduled to be livestreamed from 10am PDT (10:30pm IST). Bloomberg's Apple watcher Mark Gurman on Tuesday indicated next week's launch would see the new models from the iPad Air and Apple Watch series. To recall, models from these lineups were recently spotted certified on the EEC, usually a sign of an imminent launch. Both Apple Watch Series 6 models as the a new model that will replace the more affordable Apple Watch Series 3 lineup are expected.