Apple is reported to put all three smartphones on sale simultaneously.

Going by Apple's annual rituals, the new iPhone range is expected to break cover in September. For the third time in a row, Apple is said to launch three iPhones. Recent reports however tipped that all three of the latest iPhone models will go on sale in the same month as their launch dropping the strategy Apple used in the past. Recent leaks tip that case makers are currently expecting the new iPhones to be called iPhone 11, iPhone 11 Pro, and the iPhone 11 Pro Max, matching what an earlier leak had implied.

According to ESR, which sells Apple iPhone cases on Amazon as well as other outlets, the new smartphones will be called iPhone 11, iPhone 11 Pro and iPhone 11 Max. The names were spotted in the ESR stock list for the upcoming iPhone which included leather cases, and glass screen protectors carrying the iPhone 11 nomenclature. This list was first reported by iPhonesoft.fr. The upcoming iPhone models are expected to have support for reverse wireless charging, as per the ESR leak, matching an earlier report by noted Apple analyst Ming-Chi Kuo. 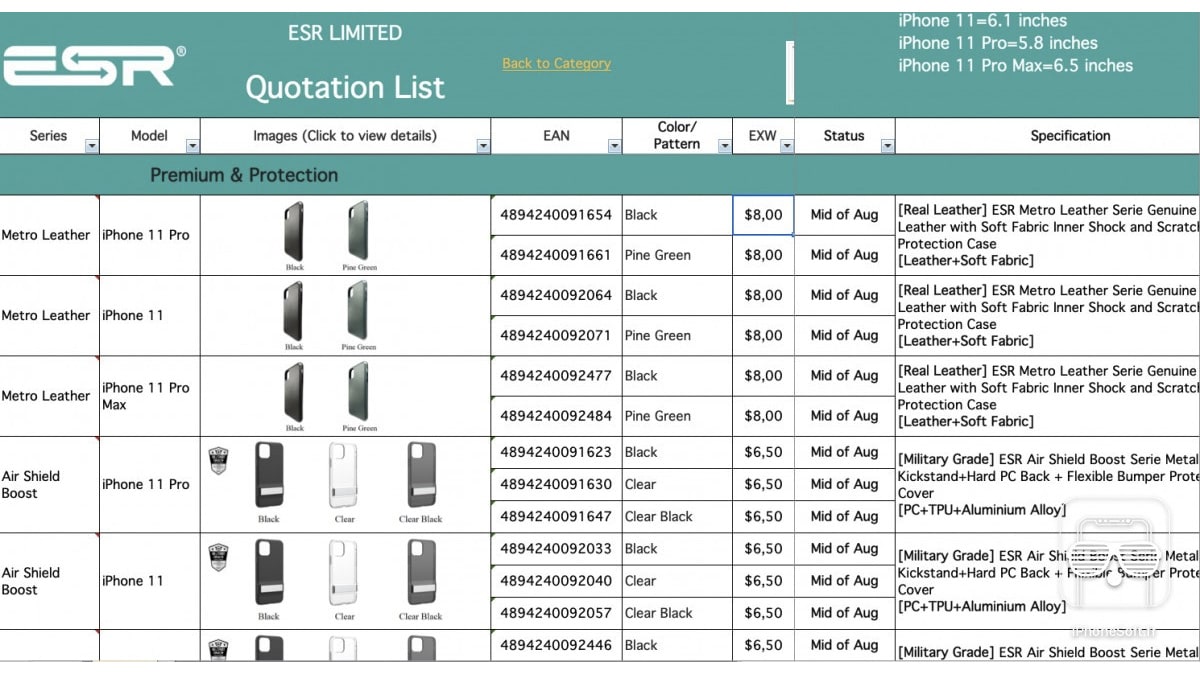 A recent report citing Wedbush Analyst Dan Ives did mention that the upcoming iPhones will be released simultaneously, and would be called the iPhone 11 and iPhone 11 Pro duo. Earlier this month, SoftBank President Ken Miyauchi tipped that the new iPhone models will go on sale on September 20th and that the launch is scheduled for September 10th. We can expect the next-gen iPhone to be powered by the A13 chip, the successor to Apple's A12 Bionic chipset. With only a few weeks to the expected launch, we won't have to wait long to find out more.