iPad Pro, iPad mini 4: Everything We Know So Far 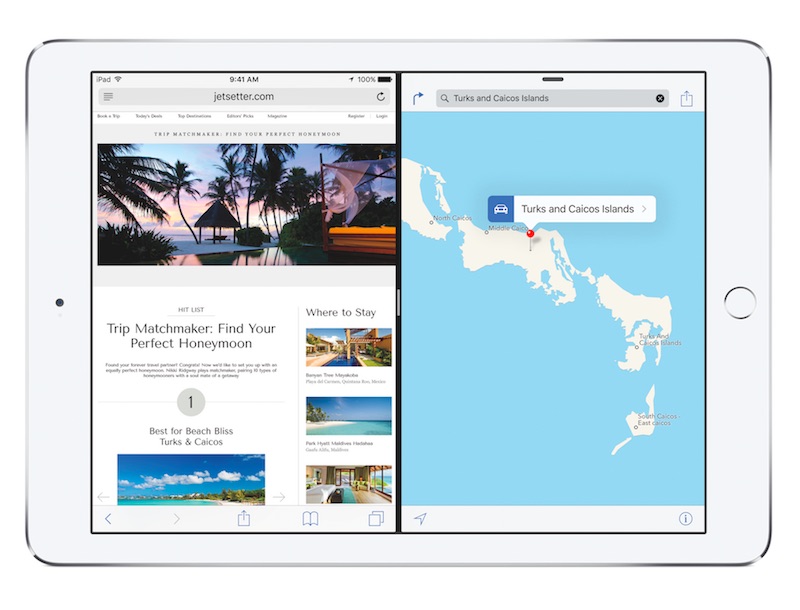 At its September 9 event, Apple is expected to unveil the iPhone 6s and the iPhone 6s Plus. Alongside the new iPhone models, the Cupertino-based company is also expected to refresh its iPad lineup with the launch of the iPad Pro, and the iPad mini 4. While Apple has traditionally held a separate event for the launch of new iPad models in October, this time around, reports indicate the company has plans to launch all its marquee mobile devices at the same event, but will make the iPad models available to buy at a later date.

If the past reports are accurate, the company will launch two new iPad models on September 9: the iPad Pro, which has been in the rumour mills for several months, and also the the iPad mini 4, which is the successor to last year's iPad mini 3. Based on previous leaks, here's everything you need to know about the new tablets.

The iPad Pro, which might be called the iPad Plus, is expected to feature a 12.9-inch display with a screen resolution of 2732x2048 pixels, pushing the pixel density to 263 pixels per inch. This would put the device in the same line as the MacBook, which Apple had launched earlier this year, and very close to company's popular MacBook Air lineup, and Microsoft's Surface Pro 3 hybrid computer. The iPad Pro was previously tipped to feature a Force Touch pressure sensitive display, similar to what the iPhone 6s and iPhone 6s Plus are expected to offer.

A 9to5Mac report claimed that the iPad Pro won't have a 16GB storage variant, and instead will ship in 64GB and 128GB storage options. As for the processor, the report further added that the iPad Pro will come with the latest generation A9X chipset. It will come in the following three colour options: Gold, Silver, and Space Grey. The report adds the 128GB LTE model will be very close in price to the new Apple MacBook, giving consumers a difficult choice in terms of flexibility.

Apple introduced Split View multi-tasking capability with iOS 9 mobile operating system. The iPad Pro will support the feature, and with Split View in landscape, will be able to run two full-fledged apps in portrait mode, side-by-side, according to the report, which adds the table will run iOS 9.1 at launch. The iPad mini 4, will boast this feature as well, however, will condense the apps to show them together.

The report further added that the iPad Pro will come with a Force Touch stylus, giving users another way to provide input to the device. The pressure sensitive stylus, however, won't come bundled with the device, and will be sold as a separate accessory, the report added. The iPad Pro will also support a new Apple-designed Bluetooth keyboard.

If Apple does announce a stylus, you should also expect an explanation from the company as to why you need to use the device. In 2007, late Steve Jobs, former CEO of Apple, had famously criticised stylus devices. "Who wants a stylus? You have to get them and put them away, you lose them, yuck! Nobody wants a stylus."

The iPad mini 4, is expected to retain the same screen size - 7.9-inch - as its predecessor, the iPad mini 3. A report, however, suggests that the company plans to trim the thickness of the iPad mini 4 to make it slim like the iPad Air 2. The company could introduce Force Touch on both the new iPad models, providing users with an option to quickly open apps, or do a certain task.

As for the pricing and availability, 9to5Mac believes that the price of the iPad Pro is likely to go north of $1,000 (roughly Rs. 67,000), and it would start shipping in November with pre-orders beginning in October. The iPad mini 4 could be priced around $399 (roughly Rs. 26,500), in line with current prices of the iPad mini 3.