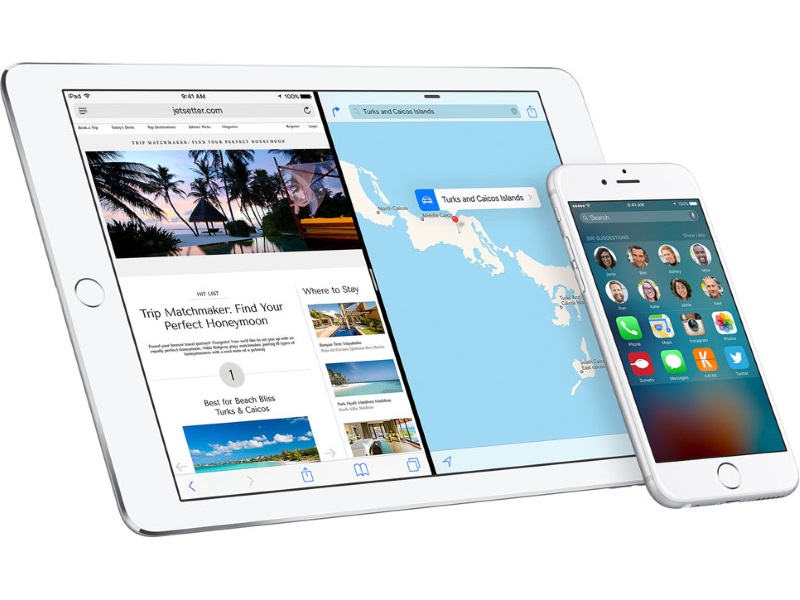 Apple's iPhones and iPads are getting free software updates Wednesday, including battery improvements and a smarter virtual assistant.

The new features and capabilities in the update, iOS 9, are primarily refinements rather than anything transformative. But the new software is still worth getting, especially as new apps often require the latest version to work.

Apple Watch was also supposed to get a software update Wednesday, but that got delayed because Apple found a bug. A separate Mac update, known as El Capitan, is coming out this fall.

Here are some things to know about Wednesday's updates:

(Also see:  15 iOS 9 Features That Make Your iPhone and iPad Better Than Ever)

On the iPhone
Although some features such as 3D Touch contextual menus will require the new iPhones that are coming next week, existing devices will get:

1. Battery life
Besides under-the-hood improvements, a new low-power mode will reduce or turn off non-essential tasks such as visual effects and automatic downloads. The phone also won't check for new mail or update content for apps in the background as often.

2. Navigation
From the main home screen, swipe left to right for a new search screen. The Siri virtual assistant suggests frequently used contacts and apps and nearby businesses, taking into account whether it's evening or lunch time. As you jump around from app to app, some apps show a new back button on the top left corner to get you back to what you were doing.

3. Notifications
Swipe down from the top edge for missed notifications, with the most recent on top. Before, they were grouped by app, so you had to sift through weeks-old notifications from little-used apps to find the new ones. You can restore grouping by app in the settings.

4. Sleeping in
If you choose a particular song as your alarm sound, the song will keep playing until you turn off the alarm or hit snooze. Before, the alarm automatically stops once the song ends, even if you didn't hear it. Now, you'll hear it over and over - though that might just encourage you to stay in bed.

5. Security
If you have a new device with fingerprint ID, you'll be asked to create a longer passcode as a backup, with six digits instead of four. Because you'll need to enter your passcode less often, it might as well be stronger. The four-digit passcode won't change if you're simply upgrading rather than setting up a new device.

6. Getting there
Apple Maps gets transit directions in major cities, addressing a major omission. In some cities, including New York and London, Apple sent teams to map out subway entrances for more precise directions to and from stations - helpful when stations stretch for blocks underground.

7. Gone
The Newsstand icon disappears, replaced by an unrelated News service. Go directly to the publication's app for your subscriptions. You can recreate Newsstand by putting all the apps into the same folder. Passbook gets replaced by Wallet, now that the Apple Pay payment service is becoming a bigger part of Apple's ambitions. Apple Pay will now work with store-branded credit cards and loyalty cards, though it'll be up to merchants to decide when they'll start accepting them.

On the iPad
Though Apple's larger-screen iPad Pro for business customers isn't coming until November, existing iPads get the new iPhone features, along with others geared toward improving productivity:

1. Multitasking
Swipe left from the right edge to run a second app, such as Maps to look up directions or Notes to jot down reminders. The choices are limited for now, but expect more developers to support that function. You can also run video in a small window while another app uses the rest of the screen. Do this by tapping an icon on the lower right of the video. You can move the video window to any corner or resize it by pinching in and out. It works only with a few video apps for now, but more are coming.

2. Laptop-like controls
Place two fingers on the on-screen keyboard and start sliding around the screen to move the cursor around.

How to get
Back up your device and make sure your favorite apps will be compatible. Popular apps will likely have updates right away, but obscure ones might need more time to catch up.

When you're ready, go to "General," then "Software Update" in the settings. You need at least 1.3 gigabytes of free space.

You also need an iPhone or an iPad released in 2011 or later, or an iPod Touch since 2012. Not every feature will work with older models, so you might consider a new phone instead. New devices will ship with the updates already installed.