Apple, as promised, started rolling out the iOS 8.1 update on Monday, bringing features such as Apple Pay (only for iPhone 6 and iPhone 6 Plus), iCloud Photo Library beta, Camera Roll, Continuity and more.

With iOS 8.1, the Apple Pay mobile payment service (until the roll-out of the Apple Watch) is supported by the two new iPhone models only, as it uses the dedicated secure chip and NFC connectivity in the new smartphones to communicate with retail terminals. The iPhone 6 and iPhone 6 Plus feature a 'Secure Element' to store credit card data on the smartphones, as well as a 'Device Account Number' unique to each iPhone.

The Apple Pay payment system works with Touch ID authentication and NFC to complete the process. As yet, Apple Pay supports credit and debit cards from American Express, MasterCard and Visa, issued by banks including Bank of America, Capital One, Chase, Citi and Wells Fargo, representing 83 percent of credit card purchase volume in the US. Last week, the company announced that it tied up with 500 banks for the service. 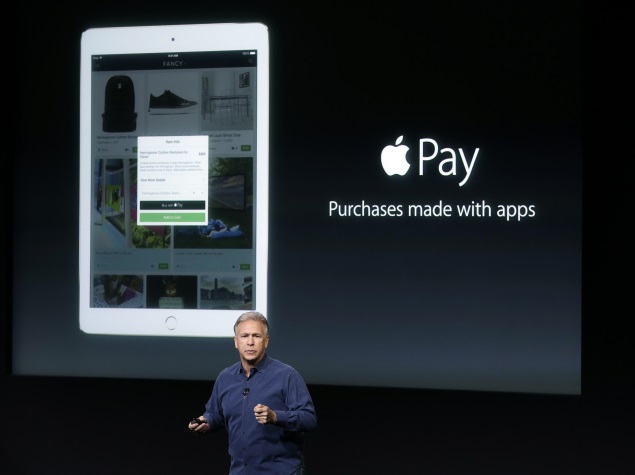 Apple has also re-introduced the 'Camera Roll' gallery in iOS 8.1, which it first introduced in iOS 7 but then dropped in iOS 8. The feature helps users see their recently taken images, and was much-missed by users who weren't comfortable with or didn't know about the new 'Recently added' section in the new Photos app.

The Cupertino firm also introduced the public beta of the iCloud Photo Library with iOS 8.1, a service that lets users store or backup all their photos across their iCloud-enabled devices. The service also enables new sharing features.

The iOS 8.1 update also bring new Continuity features like the ability to send and receive SMS via iPad tablets and Mac computers.

Apart from new features, iOS 8.1 also brings several bug fixes (via Pocketnow) for Wi-Fi performance issues; an issue that could prevent connections to Bluetooth hands-free devices; bugs that could cause screen rotation to stop working, and an issue in Safari where videos don't play sometimes. Apple has also added AirDrop support for Passbook passes; enabled HealthKit apps to access data in the background, and made other accessibility improvements.