According to the latest App Store Distribution page 68 percent or the majority devices were running iOS 8, followed by 29 percent running iOS 7, and 4 percent running earlier versions. Notably, this translates to 101 percent, so the figures have been rounded off incorrectly.

Interestingly, Apple's iOS 8 within five months of its public release is powering the majority of active iOS devices. In contrast, Google's Android 4.4 KitKat even after 14 months powers just 39.1 percent of the active Android devices worldwide, according to Google's own figures shared in January. 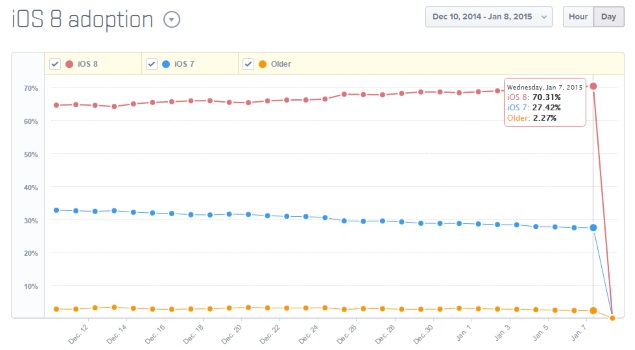 According to analytics firm Fiksu, iOS 8 powers is at 65 percent mark, iOS 7 is at 29.4 percent, while older versions are present on 5.6 percent of devices.