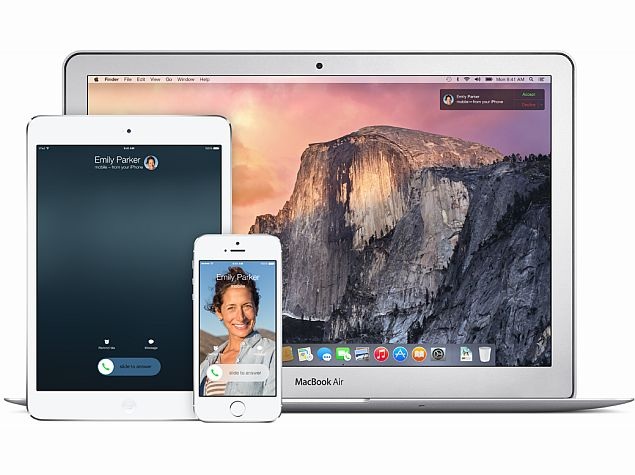 A week after announcing its iOS 8 and OS X Yosemite operating systems, users are reporting that Apple has also introduced conference FaceTime Audio calls on both OSes, and screen-sharing feature via iMessage for OS X Yosemite.

Apple-focussed blog 9to5 Mac reports that the iOS 8 smartphone operating system will now enable users to make FaceTime Audio conference calls looping in multiple users at a time. This is a huge improvement over the previous version of FaceTime where only one-to-one calls were possible.

This means that once a FaceTime Audio call has been made between the two parties in a conventional manner, the users can further add other people in the call. This feature is also said to be free of charge. According to Ubergizmo, the FaceTime conference call feature comes in both iOS 8 and OS X, eliminating the user's need to depend on just one device.

An additional new feature in the OS X 10 Yosemite, that remained unannounced during WWDC 2014, is the built-in screen-sharing feature of the Message app that can now be used via iMessage, once again reported by 9to5Mac. Previously the OS X users would have to rely on third-party softwares to do the same.

This feature is currently said to be broken in the first OS X Yosemite beta testing programme however, it would be available by the time the final version is officially released this fall.

Some of the other major changes made in OS X Yosemite include Handover (including voice calls) and Airdrop along with an improved Spotlight, iCloud Drive, Safari browser and notification widgets .