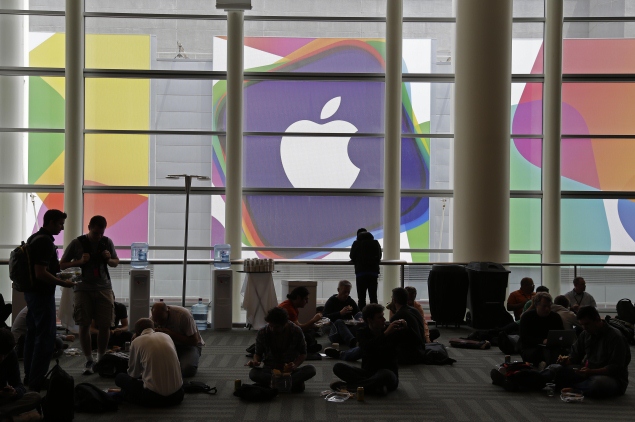 The top prosecutors in San Francisco and New York, seeking ways to curb thefts of mobile devices, said Monday they will reserve judgment of Apple's new security feature designed to make it harder to reactivate a stolen iPhone.

Apple mentioned the new feature Monday during the Worldwide Developers Conference in San Francisco. It's part of iOS7, a new version of Apple's smartphone software that's set to be released in the fall.

"We are appreciative of the gesture made by Apple to address smartphone theft. We reserve judgment on the activation lock feature until we can understand its actual functionality," the prosecutors said in a joint written statement.

Almost 1 in 3 robberies nationwide involves the theft of a mobile phone, according to the Federal Communications Commission, which is coordinating formation this fall of a national database system to track cellphones reported stolen.

Nearly 175 million cellphones - mostly smartphones - have been sold in the U.S. in the past year and account for $69 billion in sales, according to IDC, a Massachusetts-based research firm.

Schneiderman said a recent study found that lost and stolen cellphones cost consumers more than $30 billion last year. In New York, police have coined the term "Apple-picking" to describe thefts of the popular iPhone and other mobile products like iPads.

While Apple didn't provide many specifics Monday, the new activation lock feature is designed to prevent thieves from turning off the Find My iPhone application, which allows owners to track their phone on a map, remotely set a passcode and delete their data.

The new activation lock apparently would require someone to know a user's Apple ID and password to reactivate a stolen phone, even after a thief erases all the data on the device.

"We think this is going to be a really powerful theft deterrent," said Craig Federighi, Apple's senior vice president of software engineering, at Monday's developers conference.

Gascon and Schneiderman said they look forward to having "a substantive conversation with Apple and other manufacturers" during the summit Thursday.

"We are hopeful that the cellphone industry will imbed persistent technology that is free to consumers that will make a phone inoperable once stolen, even if the device is off, the SIM card is removed or the phone is modified by a thief to avoid detection," the prosecutors said.