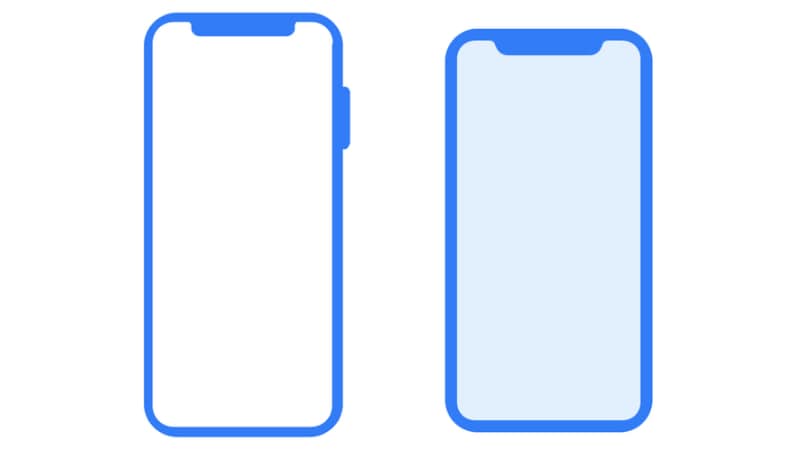 Apple released the latest iOS 12 Developer Beta 5 earlier last week for all eligible devices, but the release ended up "leaking" quite a few revelations about the company's upcoming iPhone and iPad range. Last week, we reported that the rumoured iPhone X Plus might come with iPad-like landscape mode. This week, a few more developments have emerged that suggest that the next iPad Pro will sport a display with rounded corners, and that an iPad might be launched with thin bezels, no Home button, and no notch. A design render of the iPhone X Plus has also been revealed.

A report by 9To5Mac has discovered an asset from the code of the latest iOS 12 beta that suggests that the upcoming iPad Pro model will sport a display that has rounded corners. This has been revealed by the file "J3xx affordance corners.png" where J3xx refers to a 2018 iPad model number. The report goes on to say that a similar file has been found for iPhone variants, suggesting that all iPhone 2018 models will sport a design similar to the iPhone X.

In other iPad news, another report by 9To5Mac has pointed out that an icon found in iOS 12 Developer Beta 5 tips that the next iPad or iPad Pro might just be extremely bezel-less, with no Home button, no display notch, and support for Face ID. This icon can be found in the battery usage UI section of the code. In the icon, the first photo titled "HLSipad" shows an iPad design with regular bezels and a Home button, while the second photo titled "HLSipad2" does not have the two.

As for Face ID, the confirmation seems to have been made in the Accessibility Settings part of the iOS 12 Beta 5 code. A tweet reveals that Face ID might now work in both portrait and landscape mode on the iPad considering "display orientation" has been added to its code.

Lastly, the source for the above two leaks, Guilherme Rambo took to Twitter on Saturday to reveal a "payment glyph" from the same iOS 12 beta code of what is seemingly the iPhone X Plus. This is apparent from the difference in height when compared to a similar glyph of last year's iPhone X. Another glyph has been revealed in the tweet, which is claimed to be of the upcoming iPad Pro. However, it is square in shape and could be resizable for all iPad sizes. The glyphs were found in the PassKitUIFoundation section. Do note that these are not the final renders and the actual design might vary.