Apple has released iOS 12.2 for all iPhone, iPad, and iPod touch models that are compatible with iOS 12

Apple has released iOS 12.2 as a new software update for all compatible iPhone, iPad, and iPod touch models. Among other changes, the new iOS update brings support for Apple News+, the subscription-based service that was announced on Monday. Apple has also added four new Animoji characters. Further, the iOS 12.2 update enables Siri to control your Apple TV from an iPhone or iPad. The latest iOS version also includes support for the second-generation AirPods that the Cupertino giant launched last week.

One of the major changes that come through the iOS 12.2 update is the integration of Apple News+ that extends the earlier Apple News experience. The paid service that brings access to more than 300 magazines, various newspapers, and digital publications. It lies under the Apple News app that comes preloaded on iOS devices in limited markets -- except India.

Notably, the Apple News+ service is initially limited to the US and Canada, though it is coming to the UK and Australia as well. Apple didn't announce any of its plans to bring the service to India and developing markets.

The iOS 12.2 update also comes with four new Animoji, including an boar, giraffe, owl, and shark. These animated characters can be accessed through iPhone X and later, iPad Pro 12.9-inch (3rd generation), and iPad Pro 11-inch.

Alongside Apple News+ and new Animoji, Apple has upgraded AirPlay by offering dedicated TV controls in the Control Centre and on the Lock Screen to let you quickly adjust settings on your TV. You can also browse other apps and play other audio and video files locally on your device alongside using AirPlay through the new AirPlay multitasking for video. Furthermore, AirPlay destinations have now been grouped by content type to let you easily find what device you want to play to.

Siri has also been upgraded through the iOS 12.2 update with the ability to control Apple TV. This means you'll now be able to play videos, shows, or movies on your Apple TV directly using Siri.

Additionally, the iOS 12.2 update packs support for the new AirPods that were launched last week. The new software update, As The Verge points out, also enables iPad Pro devices to use the Logitech Crayon.

Screen Time, the feature that debuted through iOS 12 and is aimed to limit the time you spend with your device, has also been updated through iOS 12.2. It now lets you configure Downtime with a different schedule for each day of the week. There is also a new toggle that allows you to easily turn app limits on or off temporarily.

The one noteworthy change that iOS 12.2 adds for Indian users is support for Air Quality Index (AQI) in Apple Maps. It is also available for the US and UK users, though. A single tap on the AQI icon opens up a weather widget. Users can also view how much time remains on their device's warranty period directly from the Settings menu. 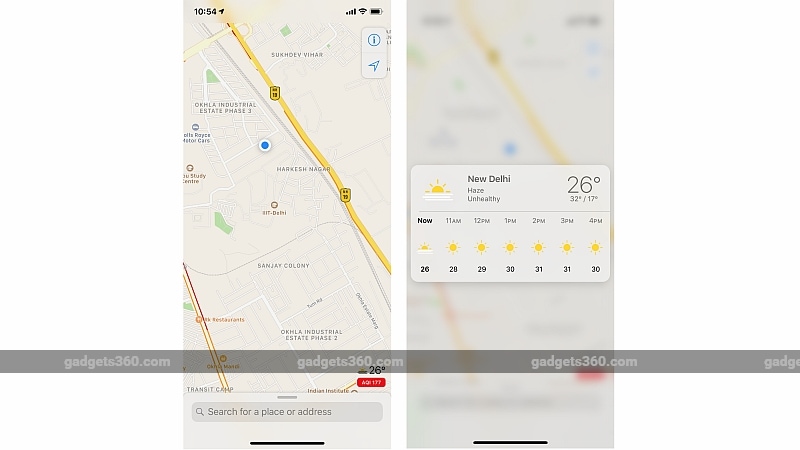 In addition to the list of new features that are heading to your Apple device, the iOS 12.2 update also fixes as many as 51 security flaws. The most severe in the list is probably the vulnerability that exists in Apple's ReplayKit, noted as CVE-2019-8566. It is related to a bug that allowed malicious applications to access microphones without receiving any explicit permission from the user. An issue affecting iOS GeoServices has also been fixed. Similarly, the latest iOS version fixes vulnerability CVE-2019-8553 that was attributed to a memory handling flaw.

You can also read about the security content of the iOS 12.2 update by visiting the official support page. Moreover, there are tons of other tweaks and changes available through iOS 12.2 that you can view through the dedicated Apple Support page.

The iOS 12.2 update is compatible with all the iPhone, iPad, and iPod touch models running iOS 12. To download the latest version on your device, go to Settings > General > Software Update and then follow the on-screen instructions. 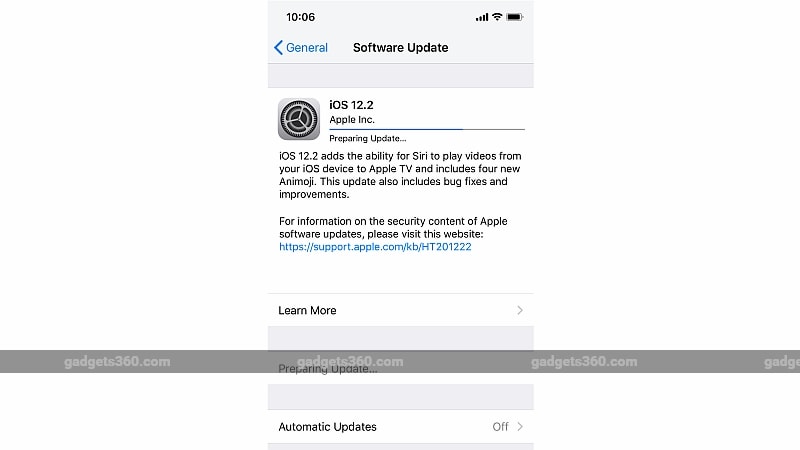 iOS 12.2 is available for download for all iPhone, iPad, and iPod touch models compatible with iOS 12

Nokia X71 With Hole-Punch Display to Launch on April 2; Might Debut Globally as Nokia 8.1 Plus
NASA Scraps All-Women Spacewalk for Lack of Well-Fitting Suits