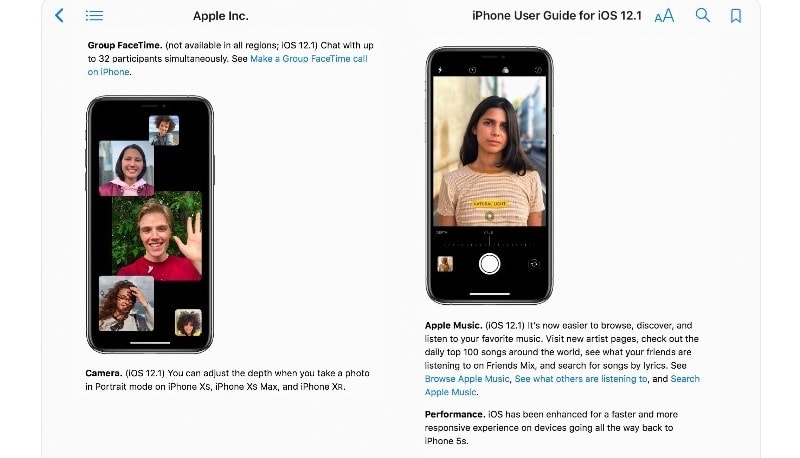 Apple has updated its iPhone User Guide for the upcoming release of iOS 12.1, indicating that the latest version of the mobile operating system (OS) will include Group FaceTime and dual-SIM support for its newly-launched iPhones.

The ebook, which serves as a digital manual for new iPhone users, now lists Group FaceTime as an iOS 12.1 feature.

It allows users to conduct FaceTime video conference calls with up to 32 participants.

"Available for free through Apple Books, the revised "iPhone User Guide for iOS 12.1" is largely unchanged from a previous version created for iOS 12," Apple Insider reported on Friday.

"There are, however, two major additions that confirm upcoming availability of features teased at Apple's Worldwide Developers Conference (WWDC) 2018 in June and Apple's iPhone unveiling last month," the report added.

Apple's solution relies on "Dual SIM Dual Standby technology", which keeps both a physical SIM and an embedded eSIM - or a second physical SIM card in China - addressable simultaneously.

Apple has not specified a release date for iOS 12.1, though beta versions have been in testing since mid-September.

The update could coincide with a media event next week, where the company is expected to unveil new iPad Pro and Mac hardware.

Apple's "iPhone User Guide" for iOS 12.1 is a free download from iTunes.