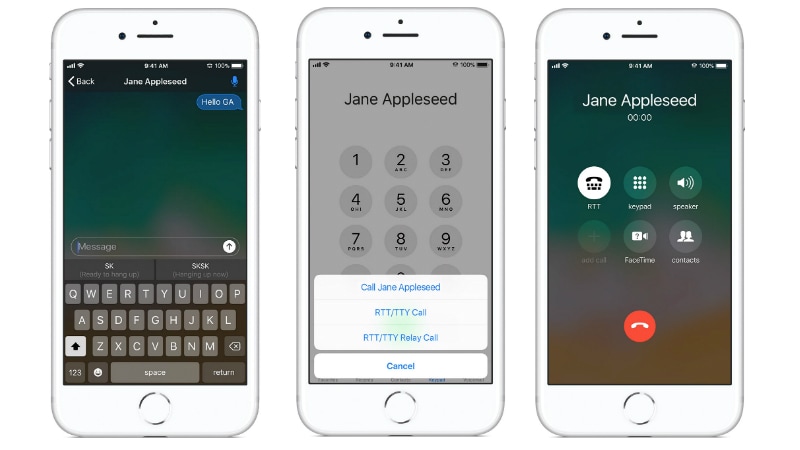 Real-time text messages are transmitted instantly while they are being being typed.

Apple has released the latest software updates across its range of products. This includes iOS 12.1.1 for iPhone, iPad, and iPod touch; macOS Mojave 10.14.2, and HomePod software 12.1.1. iOS 12.1.1 brings new features including real-time text (RTT) on Wi-Fi calling, Live Photo during FaceTime, and expanded dual-SIM support. macOS Mojave adds RTT support and more. Lastly, HomePod adds support for Mainland China and Hong Kong as Apple is getting ready for launch in the two Asian regions. Shortcuts app has also been updated to version 2.1.2 with several bug fixes. Notably, watchOS 5.1.2 for the Apple Watch has not been released yet.

Starting off with iOS 12.1.1, iPhone XR gets notification preview using haptic touch, while all three iPhone 2018 models get expanded dual SIM (eSIM) for additional carriers, including AT&T in the US. Other than that, it brings additions such as one-tap shortcut to flip cameras during FaceTime calls, Live Photo capture during one-to-one FaceTime calls, an option to hide the sidebar in News on iPad and iPod touch, and stability improvements for dictation and VoiceOver.

Next, macOS Mojave 10.14.2 brings RTT support to Mac models released in 2012 or later. Apart from that, version 10.14.2 adds a menu item to News for opening a story in Safari browser, and resolves an issue that may prevent iTunes from playing media to third-party AirPlay speakers.

Real-time text messages are transmitted instantly while they are being being typed. The recipient can immediately read the sender's text as it is written, without waiting.

Apple has shared instructions on how to enable RTT on iOS as well as Mac OS.

Launched with iOS 12, the Shortcuts app has also been updated to the latest version 2.1.2. The update brings a new “Post to Tumblr” button, improvements to iCloud sync, localisation improvements, and many more bug fixes. The Get Time Between Dates action can now count the number of months between two dates.