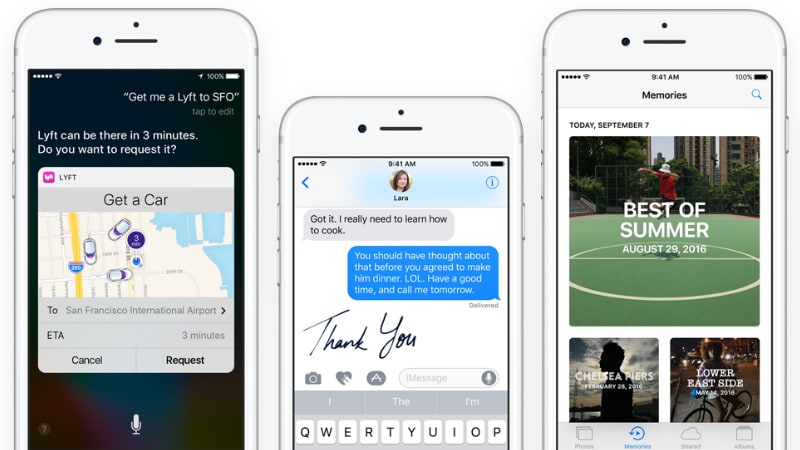 Apple's latest operating system iOS 10 was released for compatible iOS users worldwide, and adoption rate as usual has been fast paced. So much so, that Apple has managed to get bring iOS 10 to 22.31 percent of all iOS devices in just three days since release. In comparison, Android 7.0 Nougat is powering less than 0.1 percent of active Android devices since its launch last month.

iOS 10 was released on Tuesday, and even with its initial hiccups, is big enough an update for users to get excited about. It brings along heaps of improvements to the iMessage, Maps, Music, and Photos app. There's also a new notification design, and the control centre has also been revamped to a fresh look. The lock screen functions have changed (no swipe to unlock), and Apple even opened up Siri to third parties for improved usability.

At the time of writing, Mixpanel's figures show iOS 10 to be installed on 22.31 percent of iOS devices. Devices that run on iOS 9 have dropped to 72.25 percent, and other older versions are running on about 5.44 percent units.

The latest distribution data of Android suggests that less than 0.1 percent users have managed to get their devices running on the latest Android 7.0 Nougat, including (possibly select Nexus and Android One users). Even Android Marshmallow, release last year, is seen to be running on just 18.7 percent of active devices. Most Android devices in the market are seen running on the two-year-old Android Lollipop with a total share of 35 percent user base.

This data reflects on the tight-knit nature of Apple's hardware-software ecosystem that succeeds in getting the latest software even on older hardware almost as soon as it is released. This enables app developers to bring new features on board supported by the new operating system, and let go of support for outdated software altogether. Android developers, however, have to support outdated software for a long time, due to the slow adoption rate and massive fragmentation across manufacturers, telecom operators, and regions.

As mentioned, iOS 10 was released this Tuesday and adopters were facing bricking issues initially. But Apple issued a fix soon and the upgrade is now smooth sailing. Even T-Mobile subscribers' faced connection blocks for a small time, before Apple issued a fix for that as well.