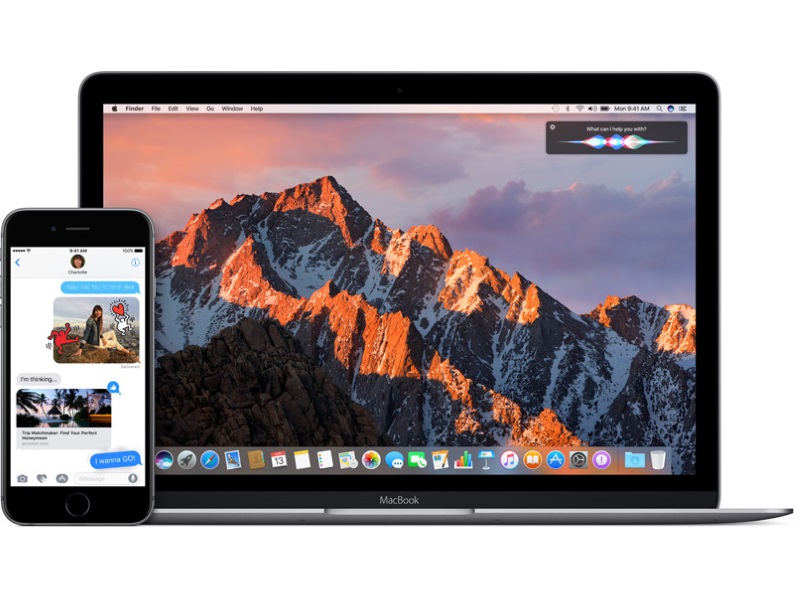 At its keynote in San Francisco, Apple finally took the wraps off the iPhone 7, iPhone 7 Plus, alongside the Apple Watch Series 2. While these were the most anticipated announcements, as expected, the Cupertino giant also unveiled the rollout details for iOS 10 and macOS Sierra. iOS 10 will be rolled out to compatible iOS devices starting September 13, and macOS Sierra will be available to Mac users from September 20.

Apple claims iOS 10 to be the biggest update to Apple's mobile operating system so far. It brings major changes to Maps, iMessages, and also introduces a new standalone Home app for smart home automation. The notifications and the Control Centre have been redesigned, and possibly the biggest change comes to Siri with improved search and even integration of third-party apps.

Apple Music and News app will also see an overhaul with respect to user interface, and the Music app will also have built-in lyrics now. Photos app sees a complete makeover with a new design, and a People folder to sort photos according to the individuals in them. There's a more grid-like design for folders, replacing the list format seen in iOS 9. Notably, Apple has also introduced the ability to uninstall most built-in apps as well. iMessages gets third-party integration, as well as many new features for social play.

macOS Sierra
Coming to macOS Sierra, the new OS flags off Apple's new brand name for its OS X platform, in order to bring uniformity in nomenclature of all operating systems across Apple devices. macOS Sierra is Apple's latest update to its desktop and laptop operating system, and it brings along many new features. Possibly the biggest is the addition of Siri for Mac users, and a universal clipboard to copy paste items across Apple devices. Users will also be able to unlock their Macs with the help of their Apple Watch.

Inside Activision's Plan to Make Its Gaming League the Next ESPN
Spacecom, Xinwei Eye Amended Takeover Deal After Satellite Destroyed