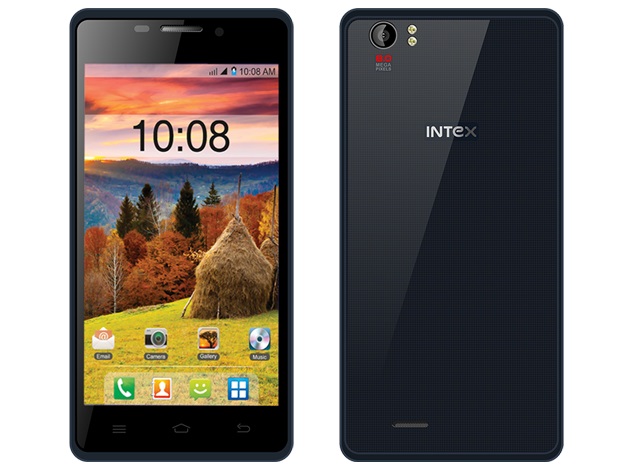 Intex Technologies has said that it is riding on the success of its handset business to scale up its revenue.

"Nearly 70 percent of our turnover comes from the mobile phone business. We have grown 100 percent from the last year to reach a turnover of Rs. 4,000 crores ($625 million) in 2014-15 and at least Rs. 2,800 crores came from the mobile handset business," Sanjay Kalirona, senior general manager for mobile business at Intex, told IANS in an interview.

The Delhi-based company, which has two manufacturing units in Jammu and one in Baddi, will also open another unit ready for operation at Noida by June-end.

"We are targeting revenue of Rs. 9,000 crores for the financial year of 2015-16 of which Rs. 7,500 crores is expected to come from the handset business. Hence we are growing at a rate of over 100 percent year-on-year ," Kalirona said.

The company, which has over 6,000 employees, is positioned second in the market with a share of seven percent when it comes to domestic manufactures according to an IDC report.

Asked about competition, Kalirona said, "Although we are at the second spot, the gap has narrowed down and by next Diwali we should be at the top spot. At Intex our aim is to provide value for money products."

The company has recently released its first 4G handset at a price of Rs. 9,499 to compete with other brands.

Also, Intex doesn't feel the need to go the online-only way in the wake of Chinese brands coming into the Indian market.

"Intex has a robust distribution network and most of the phones are still being sold offline where we have a strong presence and we are looking to hold on to our dominion in the market," Kalirona said.

"Having said that, Intex will only decide to go the only online-way when it feels that it needs to be more aggressive. Since e-only brands bear no cost of distribution and warehousing, they have managed to be so aggressive especially with their prices," he added.

The Indian handset-maker also exports its products to West Asia, CIS and SAARC countries and Australia. "Nepal is one of our most important markets after India and we have achieved second rank there too. Lanka and other SAARC countries come third in the list," Kalirona said.

Intex had commenced its operations in 1996 with Ethernet cards. As of today, the company has products across 15 categories which includes TVs, washing machines, sound bars and IT accessories like mouse and keyboards.