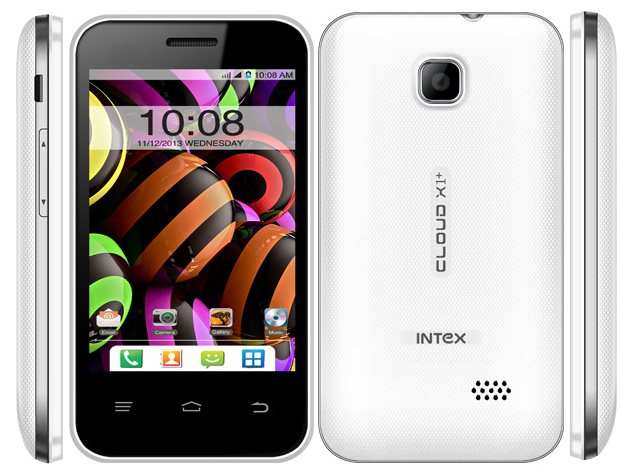 After quietly slipping out a couple of Aqua-branded smartphones on its official website, Intex has now listed four new budget smartphones, extending its Cloud range of devices. The dual-SIM smartphones, namely Intex Cloud Y12, Cloud Y11, Cloud X11 and Cloud X1+ are all Android-powered devices, with no word on their price and availability.

All four handsets come with 2-megapixel rear cameras, but only Y11 and Y12 models additionally feature a front-facing VGA camera for video chats. Among all four, Intex Cloud X1+ is the only phone without details about its built-in storage, while Cloud Y12, Cloud Y11 and Cloud X11's 1.7GB, 68MB and 14MB (available to users). All handsets have up to 32GB of expandable storage via microSD cards.

All the handsets support standard Bluetooth and Wi-Fi networks, along with GPS. The Intex Cloud Y12, Cloud Y11 and X11 will support 3G connectivity.

For more details on all the four Cloud-branded Intex smartphones, one can visit the company's official website.