Share on Facebook Tweet Snapchat Share Reddit Email Comment
Intex has launched the Cloud Q5 smartphone, priced at Rs. 4,490. The new Intex Cloud Q5 will be sold exclusively on eBay India. The domestic handset maker alongside also launched a new variant of its Aqua Star II smartphone with twice the inbuilt storage and RAM, as well as a better front-facing camera, priced at Rs. 7,444.

The Intex Cloud Q5 is a dual-SIM (GSM+GSM) smartphone which runs Android 4.4.2 KitKat out-of-the-box. It comes with a 4.5-inch (480x854 pixels) FWVGA TFT display. The smartphone is powered by a 1.3GHz quad-core Spreadtrum (SC7731G) processor coupled with 1GB of RAM.

It comes with 8GB of inbuilt storage, which is further expandable via microSD card (up to 32GB). It sports an 8-megapixel rear camera with LED flash, while there is a secondary 2-megapixel front-facing camera also on board.

On the connectivity front, the Cloud Q5 offers 3G, GPRS/ EDGE, Wi-Fi 802.11 b/g/n, Micro-USB, and Bluetooth options. The Cloud Q5 smartphone packs a 1600mAh battery, which according to the official listing is rated to deliver up to 5 hours of talk time, and up to 160 hours of standby time. It measures 133x67x8.9mm and weighs 138 grams. The handset will be available in Gold, Silver, and White. The handset is currently listed as out of stock at eBay India. 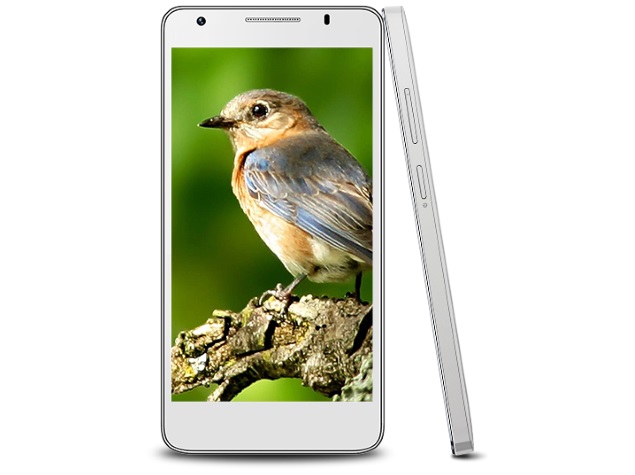 Other specifications of the Intex Aqua Star II are the same as the original smartphone, which was launched in February this year. The dual-SIM Intex Aqua Star II runs Android 4.4 KitKat, and features a 5-inch display with FWVGA (480x854 pixels) resolution. The smartphone is powered by a 1.2GHz quad-core Spreadtrum (SC7731G) processor.