Intex has unveiled its new Aqua View smartphone with the company's first virtual reality (VR) cardboard, the Eyelet. Priced at Rs. 8,999, the Intex Aqua View will be available in India in Grey and White colour variants. The company touts that its first VR cardboard is a Google-certified VR viewer. The smartphone will be available via offline retailers in the country.

The Intex Aqua View comes with an inbuilt cardboard app and the domestic handset maker notes that the Eyelet is based on the second version of the Google cardboard and will work with any smartphone which supports gyroscope and accelerometer sensors. Intex adds that the Eyelet cardboard can support smartphones with a screen size up to 6-inches. The smartphone also sports a fingerprint sensor on the home button. 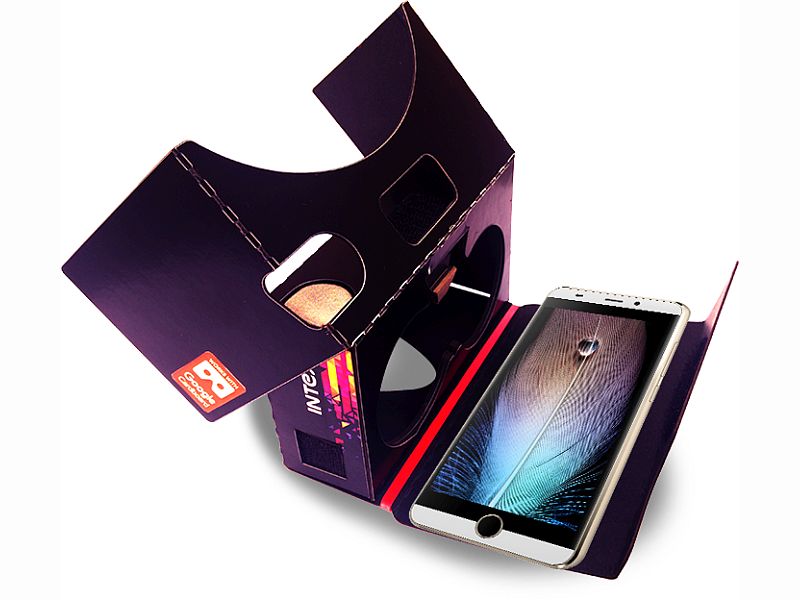 The smartphone also supports 4G connectivity along with VoLTE (voice over LTE). The company however notes that the smartphone will support 4G on one SIM at a time. Measuring 124x64x10.3mm, the Intex Aqua View is backed by a 2200mAh battery. It bears an accelerometer, ambient light sensor, gyroscope, and proximity sensor.

Commenting on the launch, Sanjay Kumar Kalirona, Mobile Business Head, Intex Technologies said, "Virtual reality is the next big thing in the area of consumer technology. We are delighted to partner with Google in bringing Intex Eyelet Cardboard bundled with Aqua View thereby marking our entry into the VR space."