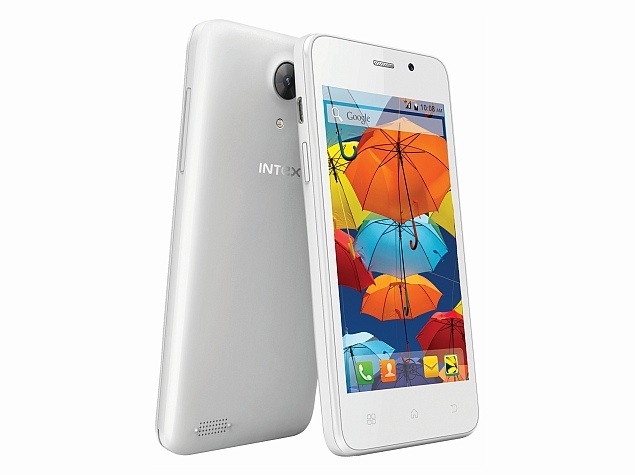 Intex has expanded its smartphone portfolio by launching the Aqua Style Mini smartphone at Rs. 4,800. The smartphone is exclusively available to buy from Snapdeal, an e-commerce website in India.

The Aqua Style Mini is a dual-SIM (GSM+WCDMA) smartphone, and as per the Snapdeal listing, runs on Android 4.4.2 KitKat.

The Intex Aqua Style Mini sports a 5-megapixel rear camera with LED flash, while it also houses a 0.3-megapixel front-facing camera. The smartphone includes 1.23GB of inbuilt storage for users which is further expandable via microSD card (up to 32GB).

The smartphone is currently available in Black and White colour variants only. The smartphone measures 124x60.6x9.4mm, weighs 106.1 grams (with battery), and packs a 1400mAh Li-ion battery which is rated to deliver up to 5 hours of talk time and up to 200 hours of standby time. The smartphone comes with GPRS/ EDGE, 3G, Wi-Fi, Bluetooth, GPS, and Micro-USB connectivity options.