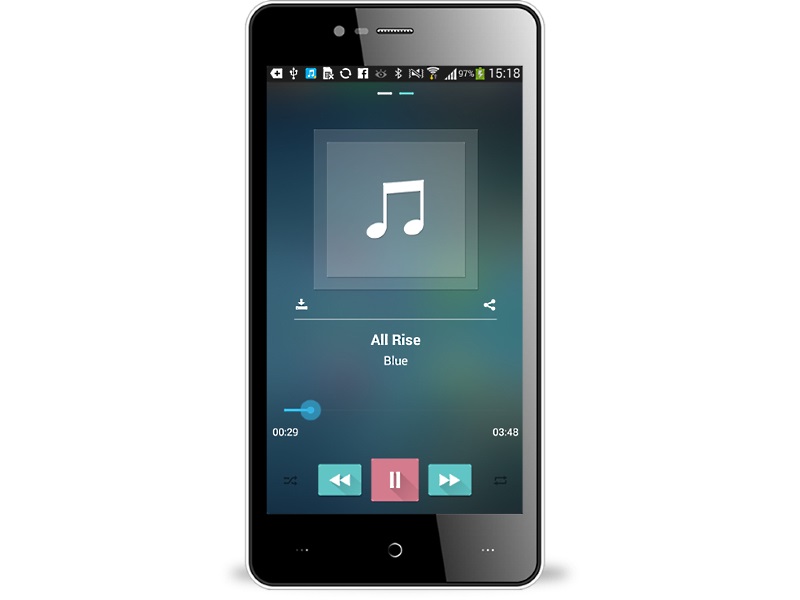 Measuring 146x74x10.3mm, the Aqua Power II weighs 152 grams and packs a 4000mAh battery, a highlight of the device. The handset is rated to deliver up to 500 hours of standby time and up to 15 hours of talk time. It bears an accelerometer, ambient light sensor, and proximity sensor.

The new Intex Aqua Power II smartphone will go head-to-head with Micromax's newly launched Canvas Juice 3 - featuring a 4000mAh battery. The handset will be also up against the Karbonn Aura 9, which features the same battery capacity.

Some of the preloaded apps include Myntra, Quikr, CleanMater, Intex Play, Intex Service, I Store, Chaatz, Skype, and NewsHunt. The Intex Aqua Power II is listed to be available in Black, Champagne, and White colours.

The company on Monday launched what it called its "maiden offering for females", the Aqua Glam, priced at Rs. 7,690.