Intex Aqua i14 and Aqua N15 With Android 4.4 KitKat Launched

The Intex Aqua i14 is a dual-SIM (GSM+GSM) device and runs on the latest Android 4.4 KitKat out-of-the-box. It sports a 5-inch FWVGA (480x854 pixels) display, and is powered by a 1.3GHz quad-core processor (unspecified chipset) alongside 1GB of RAM.

The smartphone comes with 4GB of inbuilt storage which is further expandable up to 32GB via microSD card. The Aqua i14 comes with GPRS/ EDGE, 3G, Wi-Fi, Bluetooth, GPS and Micro-USB connectivity options. It packs an 1850mAh battery and comes preloaded with Opera Mini, Saavn, and OLX apps.

The Intex Aqua N15, much like the Aqua i14, runs the Android 4.4 KitKat out-of-the-box. It offers dual-SIM (GSM+GSM) support and features a 4-inch IPS display with an FWVGA (480x854 pixels) resolution, translating to a pixel density of 245ppi.

A quad-core (unspecified chipset) processor powers the smartphone, clocked at 1.3GHz, coupled with 1GB of RAM. The Aqua N15 sports an 8-megapixel rear camera with LED flash, while there is a 2-megapixel front-facing camera also onboard. 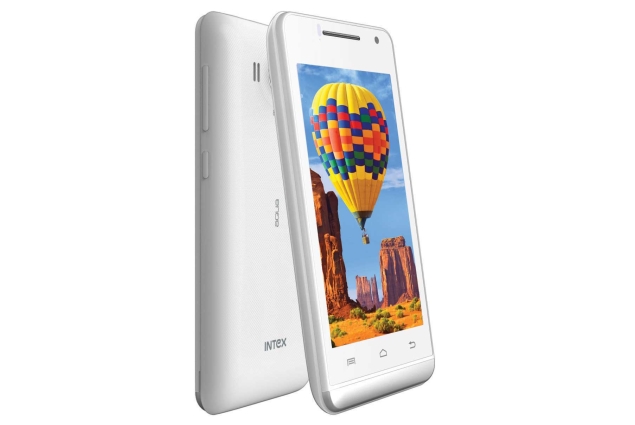 The Aqua N15 comes with 4GB of inbuilt storage, and can be expanded up to 32GB via microSD card. It supports Bluetooth, Wi-Fi, GPS/ A-GPS, GPRS/ EDGE and 3G connectivity options. There is no word on the battery in the Intex Aqua N15.

Commenting on the launch, Sanjay Kumar Kalirona, Business Head- Mobiles, said, "We at Intex are proud to incorporate Android KitKat OS in our Aqua portfolio which will enable our users to experience a seamless user interface and smooth functioning of apps."