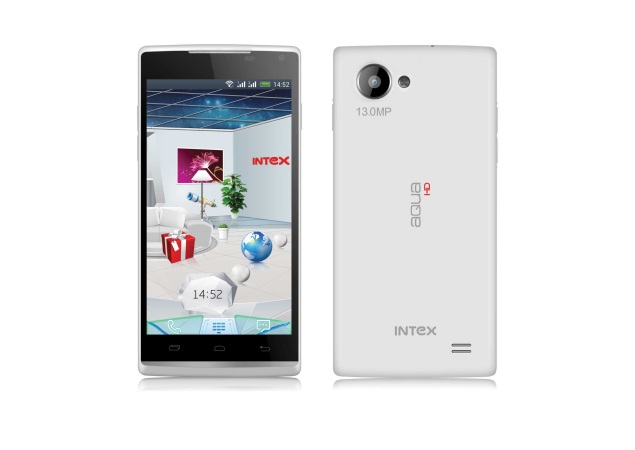 The Intex Aqua HD comes with a 4.7-inch HD (720x1280pixels) TFT display. It is powered by a 1.2GHz quad-core MediaTek 6589 processor alongside 1GB of RAM. It comes with 4GB built-in storage, which can be expandable up to 32GB via microSD card. A dual-SIM (GSM+GSM) phone, the Intex Aqua HD runs Android 4.2 Jelly Bean and can be upgraded through OTA (over the air), claims the company.

It comes with a 13-megapixel rear camera along with an LED flash and can record 1080p videos. It also sports a 5-megapixel front-facing camera. Connectivity options include Wi-Fi, Bluetooth, GPS/ aGPS and 3G. The phone has an 1800mAh battery which can deliver up to 5 hours of talktime and 300 hours of standby time. The Intex Aqua HD features a number of sensors that include an accelerometer, a proximity sensor, light sensor and gyroscope.

The Intex Aqua HD also comes with Lookaway feature that allows device to pause content in the event of interruption or distraction while another new feature added is My Screen which gives multitasking options on the device. 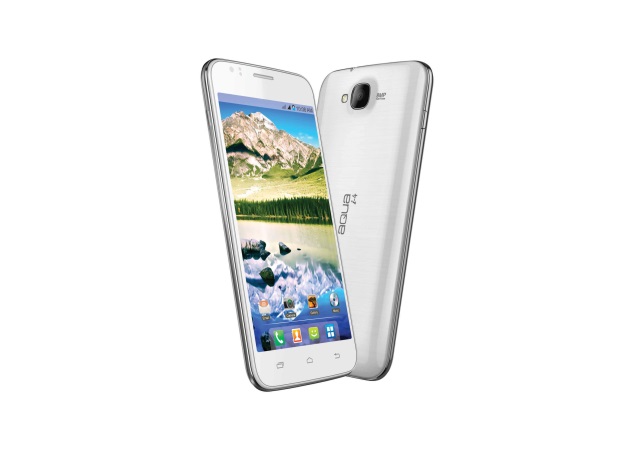 While the Intex Aqua i4 is mid-range smartphone and is powered by a 1.2GHz dual-core processor. It sports a 5-inch capacitive touch screen. Available in Black and White colour variants, the Aqua i4 features an 8-megapixel rear camera and a 1.3-megapixel front-facing camera. It runs Android 4.2 Jelly Bean and supports 3G (HSDPA/ HSUPA), Wi-Fi, and Bluetooth connectivity options. The phone comes pre-loaded with apps such as Matrabhasha, Intex Game Club, Intex Play, Hungama, Intex Movies, in addition to a call recorder.

Commenting on the launch, Sanjay Kumar Kalirona, Business Head- Mobile, Intex Technologies said, "Our Aqua range has been widely accepted which has positively reflected in our smartphones sale that has surged multi-fold in a very small span. We have been able to create a niche for our devices in the cluttered market space and are growing extensively to become leaders in the smartphone category. With festive season around the corner, we are planning to sell 3 lakh smartphones in the month of October, 2013."